MY BACK CATALOGUE part 24

*STAR BILLING FOR THIS ONE!*

If I was forced to say which of all my albums was the best, or my favourite, I would probably nominate this one. There are several tracks of which I am very proud, and none which I would discard. It was subtitled English Music with a European Accent and it brought together the work I had done solo, with Lucy and with Popeluc. 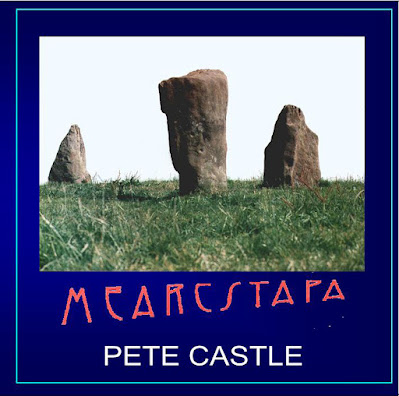 ‘Mixing and fusing traditional styles normally gets short shift from this reviewer but Lucy’s Romanian fiddle against her dad’s English songs works. Bing Lyle is another contributor and his accordion playing is of his normal flawless standard and the way he underpins Pete’s singing of Venezuela is particularly effective.  This is Pete’s best album so far.’  Vic Smith, The Sussex Folk Diary

“The notes inform us that Mearcstapa is an old English word that means ‘mark stepper’ where the marks are the stones which show the boundaries. I think this is a perfect title for this CD which fuses English song with Rumanian (sic)  instrumentation, especially Lucy’s lovely fiddle playing. The tracks where the combination of Pete’s vocals and Lucy’s fiddle is to the fore work very well, giving a distinct ‘European’ feel without losing the intrinsic Englishness of the lyrics. On the tracks where the songs are accompanied only by the guitar and the one unaccompanied track, the sound is unmistakably English. With the huge interest in World Music in general and East European Music in particular, ‘Mearcstapa’ is, at just under one hour, a timely and enjoyable CD of English Music with a ‘European Accent’. Recommended.”   Living Tradition

Of the 15 tracks one is unaccompanied vocal; 4 are just me with guitar; another 4 are me, Bing Trevor, and Lucy in various combinations playing fairly straight English music. Venezuela is one of my favourite tracks and that’s just my vocal over Bing’s Latin/French flavoured accordion. So there are 5 more ‘European’ tracks. 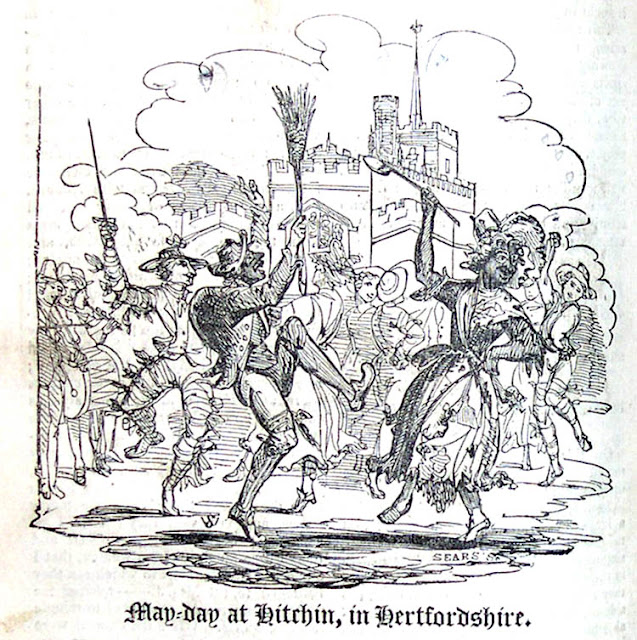 The tour de force, which opens and closes the album, is the Buckworth May Song which I learned from Mum Johnstone (her version is on the Bedfordshire Folk Songs cassette which was number 4 in this series.) I read a vivid description of 18th century May Day celebrations in Hitchin with bands and processions. I had also been listening to a lot of Balkan brass bands—Goran Bregovich, Fanfare Ciocarlia etc—so decided to put those two things together.

I recruited a couple of brass musicians and a Scottish pipe band snare drummer and off we went. The only problem was that being classical musicians the brass players couldn’t play by ear. I had to write out the music. Flugelhorn was OK, that was just a melody line, but for the tuba I had to get my head round bass clef and what range did it the instrument have… My knowledge of music theory is pretty rudimentary, I’ve just taught myself what I need and that is, usually, very little! But it worked.

The Rosebud in June

The Trees They Grow So High