THE SUMMER OF LOVE 50 YEARS ON

The Summer of Love, Swinging London, Flower Power, Love and Peace, Ban the Bomb, Women’s Lib… all  clichés of the 1960s. 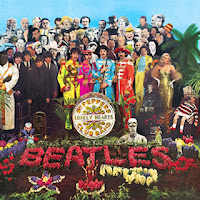 The summer of 1967 has been commemorated in many places recently. There were a couple of documentaries about Hippies and Flower Power on TV; similarly documentaries and a film about the 50th anniversary of the Sergeant Peppers Lonely Hearts Club Band LP (the documentary was OK, the film was poor!) and, of course, articles in magazines and newspapers of every kind. I’ve never been a Beatles fan but I can see how ground breaking and important that album was. Strawberry Fields For Ever and A Day in the Life would be my two favourite Beatles tracks. (I know the first of those wasn't actually on the LP but it was recorded at the same time.)

The year 1967 has acquired a sort of mythic status and stands in for that whole era. It sums up ‘the sixties’ (which lasted well into the 70s!) and the beginning of a new freer world after the hardships of the ‘post war years’. 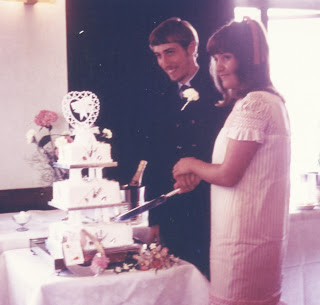 It was a special year for me. ‘The summer of love’ was when Sue and I got married. And despite what people might have thought back then we still are!


I enjoyed watching the documentaries because they showed things which I vaguely remembered and put them into a context some of which I didn’t remember or hadn’t verbalised. We were only young (both 20 years old) and were too involved with each other to follow the events of the times very deeply.
One thing which becomes obvious from film of the time is that ‘The Swinging 60s’ was very much a thing which happened in London and California. Those of us who were elsewhere followed the trends but in a diluted way and months, if not years, later.
Sue and I were at college in Wakefield, West Yorkshire. (Bretton Hall College of Education, now the site of the Yorkshire Sculpture Park.) We had started in 1965 and fell in love almost immediately. Bretton was a pretty go-ahead place but the mores of the 1950s were not that far away. When we started men and women were not allowed to visit the landings or hostels of the opposite sex at all! That meant that a lot of our entertaining had to be done on the public stairs or round the lake. Change was in the air though and soon—at Christmas I think it was—the rule was relaxed so that visiting was allowed between 10am and 10pm. This was a case of the rule being changed to fit what was already happening, it would have been impossible to uphold the existing rule. 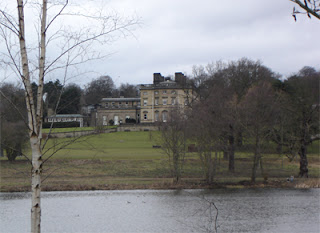 College accommodation was, on the whole, in the Mansion for the first year, in hostels for the second, and around the neighbourhood—mainly Wakefield or Barnsley, in rented flats for the third. Having been ‘going out’ for nearly two years Sue and I obviously wanted to share a flat. That would be no problem today but in 1967 it was unheard of! The only way of doing it was to be married. 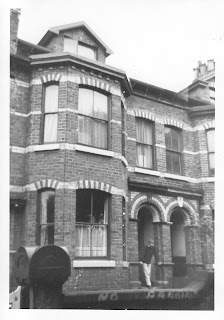 So we were, in Mortlake Register Office near to Sue’s home in Whitton, and then we went straight off to our flat in Long Causeway, Wakefield. It was one of those flats which was passed on from one group of students to another and we inherited most of the furniture from the people before. It was a rather run down Victorian house and the cellar gathered about a foot of water every time it rained! I got a job as a porter at the hospital across the road, to tide us over until the grants came next term. (Jobs like swabbing out operating theatres and transporting bodies to the mortuary! I got told off for having my white coat underdone—only doctors were allowed to have their coats undone!)
Another cliché of the 1960s is ‘free love’. OK, the pill had been invented and with the relaxed ‘visiting hours’ in our rooms a lot of love making took place but it was still very difficult to get ‘the pill’. You couldn’t just walk into a chemist and buy it over the counter, you had to go to a Family Planning Clinic and get it prescribed. Even then it was intended only for married women. Even though we were getting married we had to fight to get Sue prescribed the pill before we were actually married. 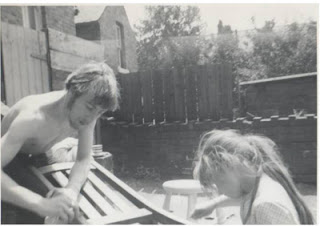 When we went back to college as a married couple the reaction was strange. We suddenly became ‘grown ups’ over night and people tended to treat us differently. Sue noticed that some boys avoided speaking to her or blushed. Tutors tended to treat us differently too and trusted us to babysit their children. We were more like equals. We remained friends with Mike Bennett, the painting tutor, for the rest of his life until he died last year.

We enjoyed the year we spent in Wakefield although it was much more like the 60s of David Storey’s novel ‘This Sporting Life’ than that of Carnaby Street and Woodstock. That was largely due to the fact that we were in ‘the North’ not Swinging London. It was a different world. In college we were aware of the latest fashions and trends although in a rather restrained way but in Wakefield we were living in a working class mining community which wasn’t interested in those sort of things.


Sue and I mixed with the locals, made friends with their kids, shopped at the market, and our Saturday treat was to take the washing to the launderette and then eat in the chippy—fish and chips, sliced white bread and butter, and a pot of tea in the white tiled café. It could just as easily have been 1957 as 1967!


At college we wore the clothes, danced the dances, followed the trends. Artistically we were pushing the barriers. Sue and I were both studying painting but I soon realised I wasn’t really a painter and we eagerly grabbed the opportunity to do shadow puppets. One end of year piece was Alice In Wonderland using a mixture of cut out puppets and human shadows with the nearest we could approximate to strobe lighting and psychedelic music. (I don’t know whether we’d seen Jonathon Miller’s TV version by then or not…)

One thing I don’t remember at Bretton was drugs. There was a lot of talk about it and I read The Doors of Perception and other books but if drug taking—even just pot smoking went on—I didn’t notice it. (Years later when I was a professional on the folk scene I was still so innocent that after the gig at someone’s house a cigarette was being passed round and I just passed it on and said ‘I don’t smoke’ without realising what it was! I still haven’t taken any kind of illegal drug!)

I think we Bretton students mostly supported the ideas of racial integration, ban the bomb, out of Vietnam, Womens Lib and all the other causes of the time but didn’t do much about it apart from sing songs at the folk club! We weren’t influenced to copy the student riots in Paris in 1968 because we didn’t have a great deal to riot about and a demo on the Bretton campus would not have attracted much attention!
The ideas of those times stayed with me however. I am still a hippy, a socialist, a believer in CND, an anti-racist and Women’s Libber amongst many other things. I still think a lot of very positive things came out of those days although some of them have gradually been eroded again and the young generation of today are having to fight to win back some of the things which we worked for then. 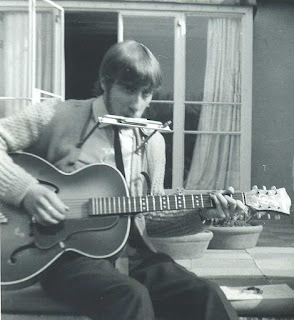 The wheel gets invented over and over again...


Somewhere I even have my Afghan coat still! The kids used it for dressing up and more recently, turned inside out, it’s been used as a costume when doing The Derby Ram play!