MY BACK CATALOGUE part 22

I’ll treat these two albums together because they were intended as a set. They came with optional A4 booklets  of words and music which I also sold separately.

By 1997 I was still doing a lot of work in schools. I could, in fact, have given everything else up and concentrated on that, and probably made more money, but it wasn’t what I wanted to do. It was a very useful supplement to what I thought of as my ‘proper’ work and I enjoyed it but I didn’t want to become known as a ’children’s entertainer’ so I deliberately played it down and gave it a low profile. That turned out to be a good decision because within 10 years the whole bottom had dropped out of schools work with the affects of the National Curriculum and testing etc. There was still some available but I wasn’t willing to do it under the conditions they demanded—far too restrictive and unimaginative.

I had sold out of the previous ‘children’s album’ (Open the Door & Let Us In) so I thought I’d make another one. In order to achieve what I wanted this turned out to be two albums. I tried to get as good a variety of songs as I could—some well known and some unknown. They included many of those on Open the Door… My main aim was to make children’s albums with the same values and quality as my adults’ albums. I believe firmly that we downplay what children are capable of doing and appreciating. I’ve always treated them in the same way as I treat an adult audience.

The albums turned out well and sold well on cassette at first and then on CD. They sold out a few years ago.

There are 27 tracks on one and 19 on the other so I won’t list them all but you can listen to Girls & Boys Come Out to Play from the Younger album https://www.youtube.com/watch?v=_PPRDhDBBzg

And Perri Merri Dixie Domini from the older one: https://www.youtube.com/watch?v=K7E37BP4bUs 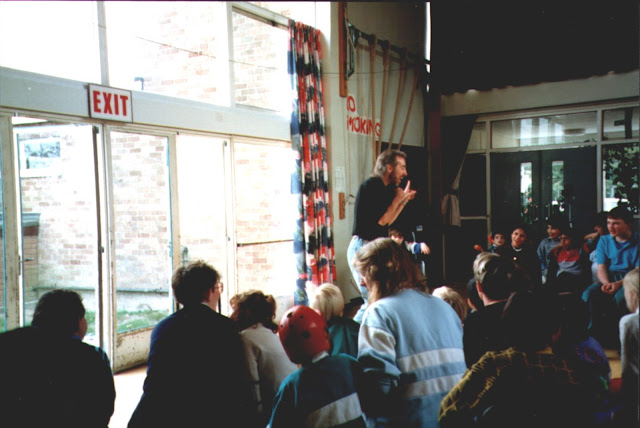