DO YOUR SONGS AND STORIES NEED UPDATING?

SHOULD WE? CAN WE? DOES IT HELP?

When we, as oral storytellers or singers of traditional songs stand in front of an audience and do our thing the song or story never comes out exactly the same way twice. Many things affect the performance and cause the song or story to change: our mood, the audience reaction, current events, the environment, the temperature of the room… in fact a whole host of different and varied things. The change might only be very slight—perhaps just the speed of presentation—or it might be quite major—a verse or a whole section of the story being added or subtracted. The changes might be deliberate or we might do them without realising. 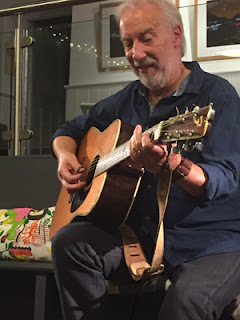 This Blog was originally written for The History Press newsletter...
click here
so it concentrated on storytelling rather than songs but the same applies to both art forms. Rather than editing the whole piece and writing ‘song or story’ every time I’ll leave it as it was from now on and leave you to make that adjustment!
(THP have published 3 of my books and several other stories in compilations)


If you listen to a recording made, say, a decade ago of yourself telling a story you've done for a long time you are often surprised at how different the recording is to the way in which you tell it now. You haven’t consciously set out to change anything but it has changed.


And then, when you take on the task of putting an oral story onto the page for print it has to change yet again. All the little things which you suggest through a gesture or a noise in a live telling have to be put into words. Those variables from the first paragraph above have to be sorted out and made real so that a ‘definitive version’ of the story can be made. [The same applies up to a point with the live performance of a song and the recorded version—they’re not always the same.] 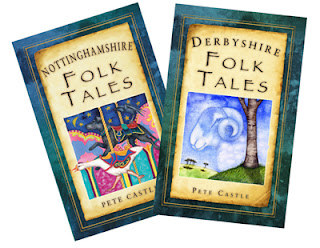 So stories are always changing and always have done. Many, perhaps most, of the stories retold by contemporary storytellers for the THP Folk Tales series were originally collected and published in the late 19th/early 20th centuries. If you compare the two tellings you’ll be struck by the changes; the modern versions are probably more friendly, more informal… the language is probably less flowery and there might be fewer asides or didactic passages.


The largest number of changes though, are caused by what we often call Political Correctness. More accurately it is the moral, social and political mores of the times. This sometimes means that people are described in a different, probably kinder, way or at the extreme end it sometimes means that a particular story ceases to be told at all because something in it makes it unacceptable. The original Grimm collections, for example, include several overtly anti-Semitic tales which were obviously acceptable in 19th century Germany but would be untellable today and if, for some reason, you did tell them you’d probably finish up in court! [I used to sing Little Sir Hugh but don’t think I could today without spending a long time putting it in context.] 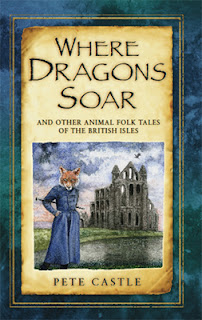 These changes happen naturally and always have. But some people set out to deliberately change a story, probably for a ‘political’ (with a small ‘p’) reason.


A short while ago I happened to catch a few minutes of Breakfast TV and saw the author Jeanette Winterson doing a workshop with a group of primary school children. They were discussing fairy tales and whether they were realistic or relevant and whether they needed updating or changing. I don’t know the background to the programme or why it was on, and I only saw the last few minutes of it, but it is a theme which seems to be ‘out there’ at the moment.

I gathered that Jeanette was suggesting to the children (or getting them to suggest to her) that we needed more strong female characters, that they should be in active rather than passive roles. Basically that they should be the hero rather than the princess, to do things rather than have things done to them. Obviously this is ‘political’ - gender-politics. I have no worry about that in theory. You could argue that we also need the stories to be more multi-cultural, to include disabled, gay or trans characters… but it is very difficult to change a story in that way without throwing the baby out with the bath water. You can’t just transpose the gallant prince doing the brave deeds with the passive princess waiting to be rescued, that just becomes silly and doesn’t achieve anything in the way of equality. It’s far better to seek out the stories which are already there which have strong women or gay or disabled characters. They are there, although you might need to accentuate them a bit.


There was a fashion about 10/20 years ago for rewriting fairy tales in the present day. The characters wore modern dress, drove cars, spoke in modern slang, used mobile phones and so on. But where are those retellings now? Mostly assigned to oblivion because they are so old fashioned! It’s ironic but true that when you set out to deliberately modernise something you finish up by making its ‘shelf-life’ very short indeed.
That doesn’t just apply to the stories we tell or write - or the ballads we sing: think of TV and films. Which TV programmes seem most dated? Usually the ones which were up to the minute about 20 years ago. We see them now and laugh at the cars, at the mobile phones, at the fashions… even at the gender stereo-typing and language. (1970s cop shows! 1950s sit coms where the good little wife always has her hubby’s dinner ready when he comes in from the office!) If, however, you watch a pre-war film the dated bits seem more acceptable because they are so far away in history. We can accept the men in their trilby hats, the women’s big skirts, the perpetual fog of cigarette smoke... because it gives period atmosphere.
So, simply setting the story in the present doesn’t work, it doesn’t make it modern. Personally, I don’t think stories need modernising, I think they are already modern. Except for a few which include genuine characters from history they don’t exist in any real time at all. They exist in ‘story time’ (or the ‘once upon a time’ as it puts it in one of my stories). I think that readers and listeners know this. They know it’s not real even though younger children love to come up afterwards and ask ‘Is that real?’ or ‘Did that really happen?’ Everything in a fairy/folk tale is symbolic and if you try to modernise it you loose the magic. And the point of telling the story.


What you can do is to choose the stories which are relevant to the group you are working with and to point up the reason for your choice. How and to what degree you do this will depend on your audience. By way of example I know there has been criticism from some sources about ‘wicked step-mother’ stories. “Why are step-mothers always described in that way?” There are good historical reasons which you could go into with an adult audience but with children, who very often have step-mothers these days, I give this example:

Someone once asked me why all step-mothers are wicked in the stories. Well, I’ll tell you a good step-mother story and then you’ll see: Once upon a time there was a little girl and she lived with her step-mother and they were very happy. And they all lived happily ever after.


Now do you want a wicked step-mother story…?


MY WEB SITE
MY YOU TUBE
FACTS & FICTION STORYTELLING MAGAZINE