The Young Man’s First Visit To Goose Fair is a story I have been telling at every opportunity over the past couple of years for reasons which will become apparent shortly. It is in my Nottinghamshire Folk Tales book (published by The History Press 2012)

Take 5 minutes to listen to me telling it at: CLICK HERE 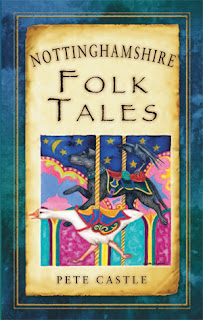 When I was researching for the book I came across a set of pamphlets called Nottinghamshire Facts & Fictions by John Potter Briscoe who was a local librarian and antiquary in the 1870s. There were several useful bits in them and when I found this story I immediately knew that it would go in the book and also, probably, into my repertoire. I assumed it was a tale which was circulating around Nottingham at the time, or else one he had made up. Either way it was a good one.

I included it in the book and the book was published and I did various gigs to plug it. I included this story in most of them. And then… months, perhaps even a year, later I was Googling something entirely different and I came upon the same story, but not set in 19th century Nottingham, it was in 14th century Florence!

It is a story from Day 4 of The Decameron by Giovanni Boccaccio, written in Italy around 1350. I remember the Decameron from A-level English when we were doing Keats and learned that his poem Isabella and the Pot of Basil was based on a story taken from The Decameron. A decade later I discovered that the folk song Bruton Town, which I sing, is another retelling of the same tale. 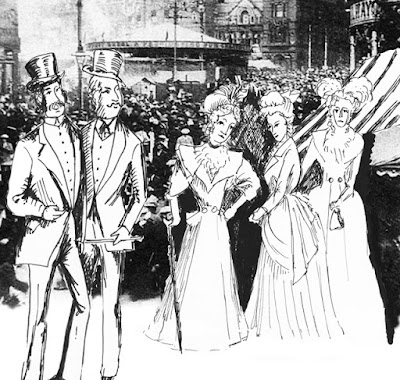 The Decameron is a set of stories—folk tales—and the frame story, the excuse for telling them, is that Florence was in the grip of a pandemic—the Black Death—so a group of wealthy young people self-isolated themselves in a remote mansion and spent their time eating and drinking and telling stories. Does that sound familiar! The book was very influential and the stories circulated all around Europe. Before Keats, Chaucer and Shakespeare dipped into it.

Here is a slightly shortened version of Boccaccio’s version of the Goose Fair story:

When Filippo Balducci lost his wife to death, he resolved to devote himself and his young son to God. Consequently he gave his worldly possessions to charity, then took his little son to the slopes of Mount Asinaio, where they lived together in a cave, completely secluded from the ways and temptations of the world. In this remote sanctuary, Filippo taught his son about God and the saints, protecting him always from distractions and sin.

Only after the boy reached the age of eighteen did the father feel it safe to expose him to the outside world. So, the two of them, father and son, set off for the city of Florence.

Everything was new and amazing for the son: houses, palaces, churches, horses, and people. Filled with amazement, he asked his father about every unfamiliar thing, and Filippo dutifully provided names and explanations for all that they saw, that is, until they happened upon a party of beautiful young women. The boy, who until now had never beheld such a sight, could not take his eyes from them.

"Do not look at them," warned Filippo.

"But what are they?" asked the son.

"Oh, they are just geese," replied Filippo, wanting to divert the boy's attention from the young women.

"Please, father," begged the boy, "let me have one of those geese. I could put something into its bill.

"No!" exclaimed the father. "Their bills are not where you think they are, and they require special feeding. And furthermore they are evil!"

Poor Filippo now regretted having taken his son from his protective sanctuary, for even as he spoke, he realized that however clever his responses were, they were no match for the boy's natural inclinations. 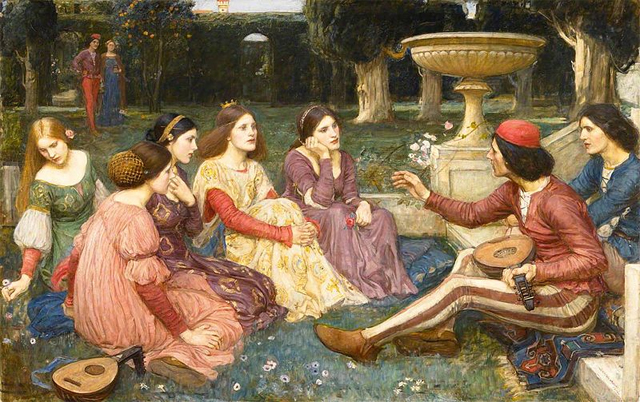 It turns out that ‘my’ Goose Fair story is well known all over Europe. Here is a version from Germany: 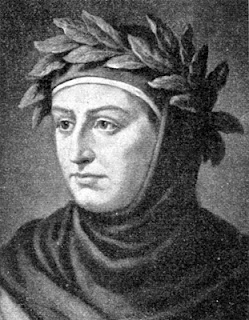 A YOUNG MONK WANTED TO HAVE A GOOSE

A hermit once took a young monk to the city. He had raised him since childhood, and the old monk now wanted to put the young one to a test. Arriving in the city, they saw a number of women walking to and fro. Filled with amazement, the young monk stared at them with calf's eyes. Until now he had never seen a woman, for since his earliest childhood he had been raised in a monastery.

He asked the old monk what these things were.

The old monk answered, saying, "They are geese." The women were wearing white veils and white cloaks.

The young monk left good enough alone and said nothing more. Afterward, when the two were back at their monastery, the young monk began to cry bitterly.

The old monk asked him why he was crying.

The young monk replied, "Father, why should I not be crying! I wanted every so badly to have a goose!" 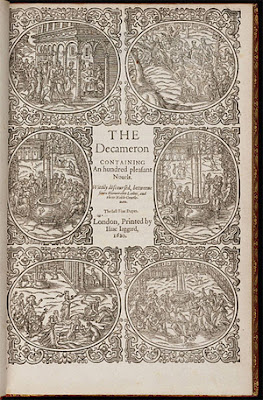 I mentioned this discovery to a Jewish friend who lived in Nottingham and he wasn’t at all surprised. “Oh yes” he said “We have that story too, but we call them ‘the Children of Satan’!”

The Children of Satan

There was once a king to whom a son was born. Wise men advised that he should be locked away from the world until he was 14 years old so the boy grew up in that room and never saw any human being except his nurse until he reached that age and was entrusted to the wise men, who undertook his education. The prince was taught many things about God and the world, paradise and hell, angels and demons, virtue and sin. He was also made acquainted with all creatures inhabiting the world, and he saw for the first time in his life sheep and oxen, dogs, cats, birds, fishes, and insects. The wise men told him the names of all these creatures. When the prince saw women and asked what they were called, one of his masters jokingly replied, "They are called the Children of Satan."

One day the king asked his son which of the creatures he had seen pleased him most, and the boy replied that of all the living creatures he had now seen he found most pleasure in the Children of Satan.

The king, on being subsequently told that by the Children of Satan his son had meant women, said to him, "Beware of them, for they may lead you into hell."

The moral of the story is that one’s ‘natural inclinations’ will always come out. In this case it is assumed that the boy will be heterosexual but it puts the lie to those people who claim they can ‘educate’ people out of being gay through ’conversion therapy’ or what have you. Why would they want to?

and have a look at my web site where you will find out about what I've done, what I'm doing and so on and can buy my books and CDs and subscribe to Facts & Fiction, the storytelling magazine I edit.