MY BACK CATALOGUE part 17

I don’t know what it was about 1994 but I released three very different albums that year, with roots in Kent, India and Romania! Although this is not a great album—not as good as Blue Dor, the second Popeluc album—it was a hugely influential one. 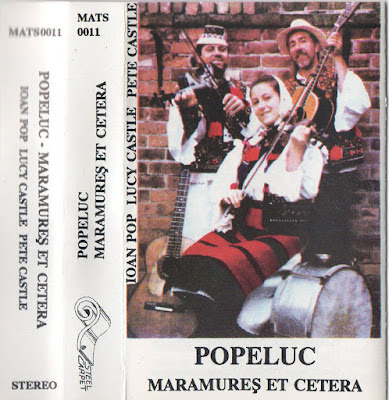 The whole adventure came about because my daughter Lucy, whose album you met a few episodes ago, was studying the fiddle styles of Maramures for her PhD and spent a long time living there and working with Ioan Pop (Popica) from the group Iza. One day she rang me and said if we come and play in England will you be our doba player (a drum) and also work us out a tour. Even though I knew nothing about what we were going to be doing and whether or not it would work I found us enough gigs to fill a month but once we’d started more and more came in and that tour eventually lasted for about 6 months! We toured again the following year.

We started off by playing absolutely authentic Maramures folk music (Lucy won the Romanian equivalent of Young Folk Musician of the Year whilst she was there!) and then added some English bits as well. By the end of the tour we had a really good synthesis and recorded our second album, Blue Dor.

But Maramures et Cetera was a problem for some people. (The title was a pun: Maramures is the place and cetera is the Maramures dialect word for the fiddle.) Scared reviewers who didn’t know what they were talking about mentioned ‘the very English straw hats’ which were actually straight from Maramures—and the ‘town’ of Maramure—Maramures is a county or region in Transylvania. Some complained that it was sung ‘in foreign’: - Ioan Pop ‘sings in his native tongue’ - well, what do you expect, so do I. Someone who booked us complained that Popica only strummed his zongora—that’s what it’s designed for. He wanted finger picking! Have you seen how close the strings are?! 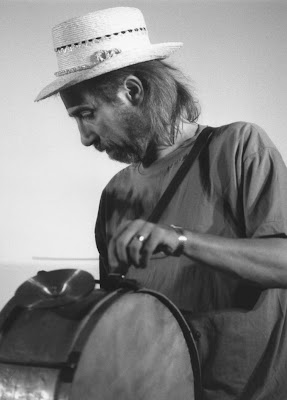 The Handsome Girl I Fancy (Romanian song in English)

Here is Mindru-I omu si sa tine… not the recording on the album but a live performance for the BBC the following year.