MY BACK CATALOGUE part 16

I was born and brought up in Kent although I didn't have much contact with folk music while I was there. My folk music identity started as a singer from Bedfordshire and then moved on to Derbyshire where it has stayed. But this was a step back in time. If the Derby Ram is Steel Carpet’s top seller this must run it close. It was made in partnership with Folk Spots which is my brother Alan who also runs Tenterden Folk Festival. Based on the success of the Derby Ram this was intended to do the same for Kentish folk songs. 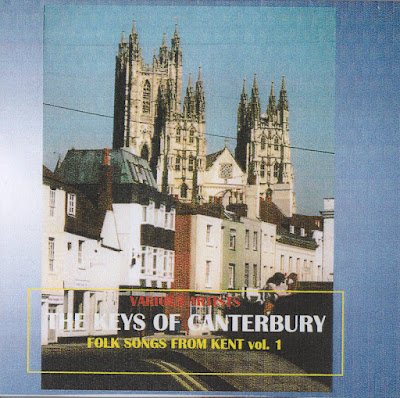 The cast were all from Kent, although half of us were no longer living there, and all the material was from or connected to the county. It was a joy to make. We all knew each other anyway and the recording was almost like a big party with everyone chipping in and doing what was necessary, whether that was singing choruses, playing instruments or making the tea. It was recorded at Wilmington Priory in Sussex by Richard Durrant with the Long Man looking on. He did a good job! The cassette sold very well and 6 years later we re-released it on CD which sold even better. It sold out entirely several years ago. Around that time I found myself feeling rather schizophrenic about my identity. I’d cast off the ‘folk singer from Bedfordshire’ mantle and was becoming identified with Derbyshire and then, suddenly, there I was back to my childhood ‘Man of Kent’. A few years later I represented Kent at the Smithsonian Folklife Festival in Washington DC, largely on the strength of this album!

It is a good mix of traditional and contemporary songs, the very well known and a couple of rarities. It was good to have Ron Spicer on board - a real traditional singer whose father George was the source of a couple of the songs. 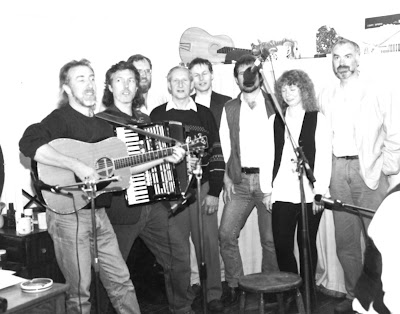 Hopping Down in Kent (Bing and the company)

The Keys of Canterbury (Dave & Kath)

All Men of Kent (Ron)

The Deserter from Kent (Pete)

The Nobleman and the Thresherman (Andy)

Death and the Lady (Bing)

The First of the Emigrants (Pete and the Company)

Listen to that final track with everyone joining in on a rare broadside: The First of the Emigrants: https://www.youtube.com/watch?v=eDkemV4PvXA