MY BACK CATALOGUE part 19

I was really pleased with this album, and still am. We recorded it at the end of our tour in 1995 when our repertoire had really gelled, and released it for the 1996 tour. Most of it was recorded by Ken Macpherson in Burton,  although a two or three tracks had been recorded at live events in Maramures by Lucy and Popica (complete with audience participation and dancing noise) and I added my bits in the studio. There is a good mix of Romanian and English songs and music and the styles vary between how we did it live to a couple where we are each playing about 3 different instruments—The Popeluc Big Band! 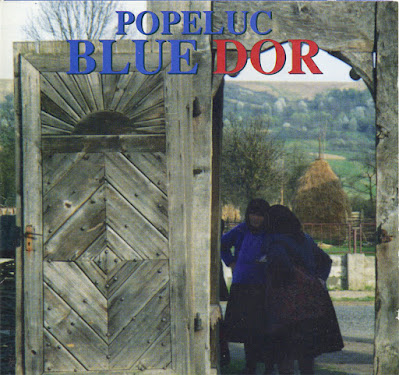 By this stage the group were gaining a tremendous reputation but still fell between two stools. The folk scene was still wary and we weren’t ‘heavy’ enough for the World Music scene. (If we had added an electric bass and some African drums we could have conquered the world! And sounded like everyone else!)

Reviews: “I approached this cd with some trepidation, expecting to be confronted by impenetrable tunes using unfamiliar scales in complex time-signatures, and so I was very pleasantly surprised to find the music so accessible and full of warmth and humour.” Ian Spafford: Stirrings

One of my abiding memories of this era was playing the final song, Saraca inima mea, which is a much loved Romanian anthem, at an event at Cecil Sharp House. A huge group of Romanian musicians and dancers who had been appearing at an eisteddfod dropped in and we sang that song in the round with a simple circle dance and everyone singing at the tops of their voices. I was thrashing my guitar as loudly as I could but couldn’t hear it! 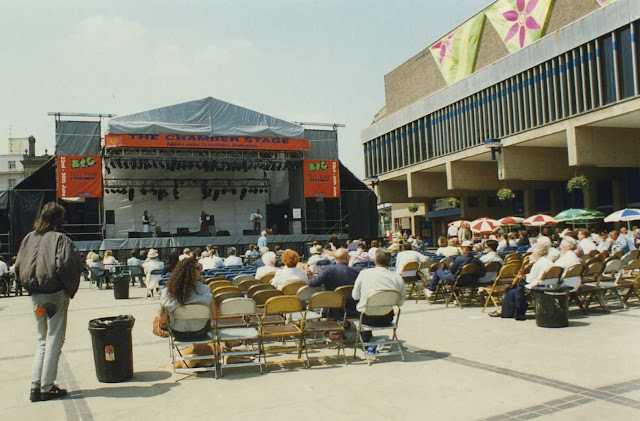 When I hear the Cuckoo Calling

THIS ALBUM IS STILL AVAILABLE FROM PETE'S ON-LINE SHOP