THE LIFE OF A MAN

What’s the life of a man any more than a leaf? 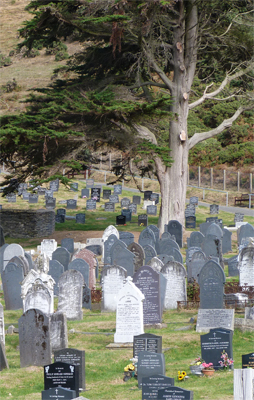 THE LIFE OF A MAN

What’s the life of a man any more than a leaf?
A man has his season so why should we grieve
Although in this world we appear fine and gay,
Like a leaf we will wither and soon fade away.


The Life of a Man is one of the really well known traditional English folk songs. It’s been performed by many, many revival singers—too often as a raucous chorus song without much thought to the lyrics. It was well known amongst the old traditional singers too (possibly mainly in the south of the country?)  There are recordings available by Harry Holman, Jumbo Brightwell, and Harry Upton amongst others.
Charlie Bate can be heard singing it here:

Click here for   Charlie Bate sings Life of a Man

In my previous Post I wrote about the longevity of certain songs and stories—how their roots can be traced back over thousands of years. Life of a Man is another one for which that holds true. For us in England the inspiration probably comes from the Christian church, particularly the psalms.

Psalm 103 which was probably written around 1000BCE says:
As for man, his days are as grass:
As a flower of the field, so he flourisheth.
For the wind passeth over it, and it is gone;
And the place thereof shall know it no more.

Another ancient source of the same idea is Greek mythology:
In the Iliad (written by Homer 800 BCE) Glaucus and Diomedes face up to each other in battle but each recognise the greatness of the other and they agree not to fight. Part of their conversation goes:

“Man are like leaves, they fall to the ground when their season ends and spring brings new buds to the trees.
So the generation of men die but new generations come to take their place.”

It’s one of those metaphors which is so obviously true that people all over the world have taken it up and passed it on.


Recently my great friend and mentor Roy Harris died and I found myself writing several obituaries for various magazines—the main one was for the folk magazine Living Tradition: Click link for more info.

LIVING TRADITION WEB SITE
Someone else who wrote a memoir of Roy was Dai Woosnam, reviewer and writer who produces a roughly monthly newsletter (actually a cornucopia of little musical gems and random bits from the web) called Daigressing. You can sign up for it by email at
daigress@hotmail.com

He said: “I had told Roy of seeing him sing Life Of A Man at Stainsby Folk Festival in 1976.   Roy holding a can of Harp lager in his hand as he sang, and holding it as reverently as any priest holds the communion wine, as he laid that great traditional song on us all assembled, and really nailed it in a way that even Cyril Tawney and Pete Castle never quite achieved.”

I remember Roy singing it too. It wasn’t one of his regular songs in recent years but it probably was back in 1976.
I thank Dai for mentioning me in the same sentence and agree with him that I never quite ‘nailed it’. It was one of those songs I would have liked to sing but it didn’t quite click so it was only done for special reasons.
One of the times when I did get it right was at my Mum’s funeral. She had requested that I sing it so I did, unaccompanied. It’s difficult at the best of times and I had to steel myself for that occasion! 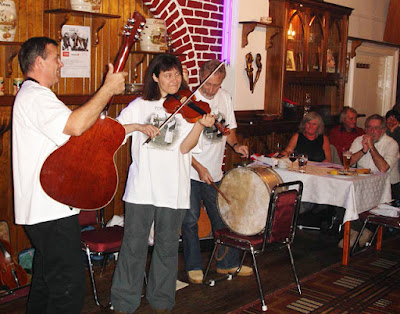 The main times I sang it was when I was performing with Popeluc, the Anglo-Romanian band I played with in the mid 1990s and for a brief revival a few years later. One of the Romanian songs which we really liked, and which was at the core of our repertoire right from the start, was Mindru-i omu si se tine from Maramures. We realised that it shared the same ideas so I often prefaced it with the Life of a Man. We then went into a lively invirtita (dance) to make a good little set.
Here are the two Romanian pieces, without my English song, recorded by the BBC at Pebble Mill.

My You Tube channel contains a lot more videos of both songs and stories.
See  PETE'S YOU TUBE CHANNEL
If you'd like to know more about my work have a look at   MY WEB SITE


You may also like to consider subscribing to Facts & Fiction storytelling magazine which I edit  ( FACTS & FICTION ) It's quarterly and covers all aspects of storytelling with news, reviews etc
Have a look at the previous postings below and if you have any comments please post them. I'd welcome your (constructive) comments and would be very pleased if you did sign up to 'follow' me!