THIS MUSIC MADE ME.


Those of you who live in the UK will probably know of BBC radio’s Desert Island Discs. It’s been running since 1942! The idea is that a ‘celebrity’ is cast away on an island and is allowed to take 8 records with them. They then talk about their choice and why they’ve chosen them and, of course, a bit about their life and work.
Since 1942 there have been over 3000 castaways and a huge number of the old programmes are available to listen to on the BBC web site. They cover the whole gamut of ‘important’ people—so there are the expected selection of pop stars and sports people, politicians, soldiers, businessmen, plus people who are less in the public eye like nurses, scientists and engineers...  a huge range of people.
Their choice of records can be very illustrative. Some individuals obviously have a deep love for and knowledge about their chosen music; others probably never listen to music at all and have chosen the only 8 songs they can think of. With some, particularly politicians, you get the impression that their choices were probably the result of focus groups and PR sessions aimed at making them seem ‘with it’ - one of the ‘in crowd’.
Over the years I’ve enjoyed taking my choice of music on to various radio programmes so, for this Blog, I thought I’d have a go at choosing my Desert Island Discs. My criteria was that they should be the discs without which my life and career would have been very different. That is certainly true of track 1. 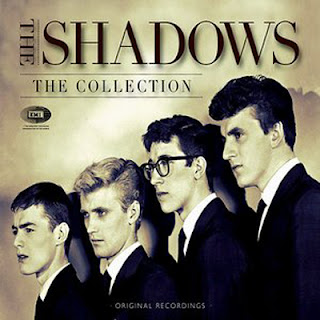 APACHE by The Shadows.
CLICK HERE TO PLAY
I was always interested in music—just the ordinary, everyday pop which you heard on the radio. The first song I ever learned all the words to, I think, was Paul Anka’s 1957 hit ‘Diana’ because of a girl in my primary school class. If I was choosing more than eight tracks I would have to put in something by Elvis and the Everly Brothers here but it must be The Shadows to start. They inspired me to play guitar and I learned by playing their music— a mate called Colin would come round on Saturday evenings and we’d play through all the Shadows tunes taking it in turns to play the melody or the chords. It was a great way of learning. This video from 1960 seems ‘odd’ in that the group is trying to look tough and moody whereas they were usually very polite and safe. I’d guess it’s from a film. Anyone know? 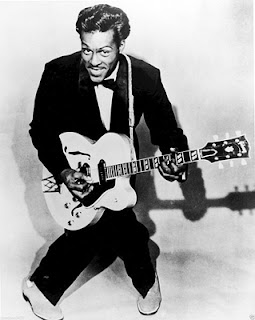 JOHNNY B GOODE by Chuck Berry. CLICK TO PLAY
A few years after my Shadows phase I was playing in a local ‘beat group’ with a repertoire based around Chuck Berry and the Rolling Stones. It was with that group that I started to sing— “until we find a proper singer”. (I’m still waiting!) Johnny B Goode is the ultimate wish fulfilment fairytale for every young man with a guitar who dreams of being a star! (Chuck was 90 a few weeks back and is still touring and recording but I bet he doesn’t do the splits any more!) 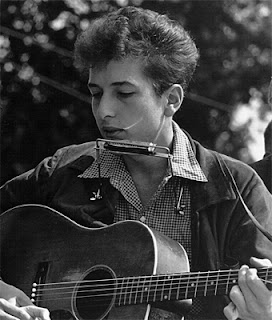 Another couple of year on and I was at college where I discovered folk music thanks to the college folk club and Sue with her Joan Baez Song Book. That led on to Bob Dylan. I could have chosen dozens of his songs from that period but I’ve always liked this one and its strange, surreal images. (I wrote at more length about Dylan in my previous post…) 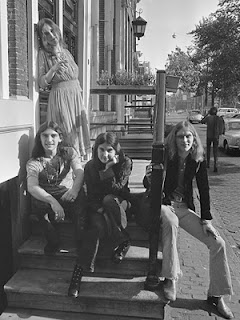 OCTOBER SONG by The Incredible String Band
CLICK TO PLAY

After college I continued to be involved with folk clubs—doing floor spots, being a resident, getting the occasional gig. At that time I was doing a mixture of material—songs by Dylan and other writers, a few traditional ones, and writing a lot of my own which were heavily influenced the ISB. I don’t think I ever performed any of their songs (apart from a tongue in cheek version of Log Cabin Home in the Sky) but their song writing shaped my own efforts which wasn't necessarily well received by the traddier elements on the scene!


I’ve met Robin Williamson a couple of times in recent years in his guise as Bardic harpist storyteller and he is as keen as ever and a very amenable person. 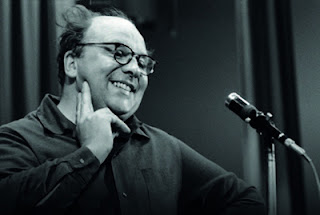 JACK ORION by A.L.Lloyd.
CLICK TO PLAY
In the late 1970s, when I realised that I might be able to make a living by playing folk clubs, I decided I needed to forge more of an identity—to specialise a bit rather than playing a bit of everything. What I really wanted to play were the traditional songs so that’s what I did. I became one of a whole host of young men armed with guitars trying to get the limited amount of work which was around. So here I could put in a track by Martin Carthy, Nic Jones, Martin Simpson, Tony Rose or any of those others who I queued up with but instead it’s a singer who I only ever saw live once but even today when I look through my repertoire Bert Lloyd has had a hand in a huge proportion of my songs as collector, arranger, publiciser or perhaps maker.  Jack Orion which, I think, he invented from a few scraps, was one of our most successful pieces I played with Popeluc where we linked it with a traditional Romanian tune. 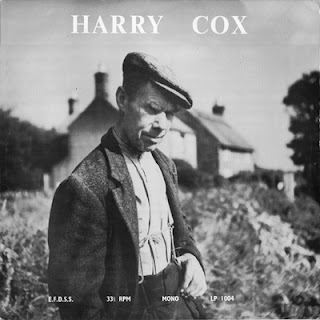 THE BOLD DROVER by Harry Cox.
CLICK TO PLAY TRACK
This track stands in for many songs by many trad singers whose material is not available on You Tube. One of the things I think is vitally important to anyone who is going to sing traditional songs is to go as far back towards the source as possible so I quite often listen to the old singers from whom songs were collected a century ago. Harry Cox, from Norfolk, had a huge repertoire and I’ve sung several of them over the years (Firelock Stile on my Poor Old Horse CD for instance). For too many younger singers going back to ‘the source’ means to Fairport or Carthy so we finish up with lots of renditions which all sound the same. 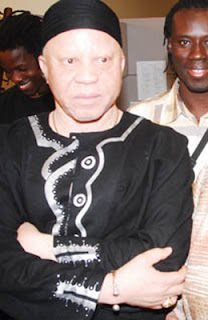 Through most of the 1980s I ran a folk music programme on Chiltern Radio. It coincided with the ‘invention’ of World Music—ie traditionally based music from distant parts of the world. I was instantly taken by a lot of West African music, especially from Mali. I particularly liked Salif Keita’s album ‘Soro’ from which this comes. I’ve seen him talking about his life, music, etc on several documentaries and his philosophy is at one with mine. 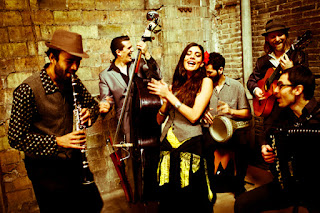 DJELEM DJELEM by the Barcleona Gypsy Klezmer Orchestra
CLICK HERE TO PLAY
This is the only track here which I haven’t known for years. Above I mentioned Popeluc, the Anglo-Romanian band I was 1/3 of for several years. Playing the music of Maramures in Romania had a huge affect on my attitude to playing English music. Since Popeluc finished I’ve continued to be interested in the music. I am particularly keen on all types of Balkan Gypsy music. My one concern about its growing popularity is that it gets diluted. It is very easy to call something ‘Gypsy Jazz’ when it is neither. The same applies to World Music generally: at the commercial end it all begins to sound the same—a mixture of Latin rhythm, reggae beats, bass and drums and, of course, a touch of Mongolian throat singing! I help run a World Music group for our local U3A and I came across this group when doing some research for that. Historically Gypsy and Klezmer bands often shared the same stages and musicians so this mix is very apt. The song is a classic Gypsy track which I have several versions of.

So how is that for a mixture? I hope you’ve found it interesting—even surprising! I hope you’ll listen to them and explore the others which they lead on to.

Have a look back at previous posts too...