Don’t join an organisation—be A REBEL.


Would you want to be organised? Or are you like Groucho Marx who famously resigned from a club saying “I don’t want to belong to any club that will accept people like me as a member”.

To be egotistical enough to follow a career as a soloist in either folk music or storytelling you probably need to be a bit of a loner and more than a bit big headed and have a certain degree of tunnel vision. You don’t want your chances organised by a committee, particularly if that committee is made up by people who don’t see eye to eye with you!


If you are reading this you probably know that most of my adult life has been spent  telling stories and singing songs. One of the things I’ve enjoyed about it is being my own boss—an outsider;  to some extent living and making a living outside the usual rules of society although I’ve always paid my taxes and had a mortgage and so on.
When I first got involved with folk music and folk clubs in the early 1970s the only folk music organisation was the English Folk Dance and Song Society—the EFDSS, which had a terrible reputation of being old fashioned, out-of-touch and not really interested in song. It acquired the nickname DEAFASS—the Dance Earnestly And Forget About Song Society - which was not too wide of the mark! They did organise song events and they ran festivals where there was both dance and song but the emphasis was definitely on the former. In fact my second ever gig as a professional was at the EFDSS organised Eastbourne Folk Festival in the summer of 1978!
The EFDSS was, and is, based in Cecil Sharp House in London. It was formed in 1932 when the English Folk Dance Society and the Folk Song Society merged. Both were very respectable organisations run by and for the middle classes, and so they remained for a long while.
The stereotypical EFDSS person was older, ‘square’ and very particular that you wore the right clothing for dancing and pointed your feet at the correct angle. The ‘right clothing’ was a sort of cross between the Beverley Hillbillies and Laura Ashley! This was particularly true at the local group level.

The stereotypical folk club habitué was younger, wore a beard and an Afghan coat, carried a guitar, and was a rebel. There seemed no need to join the EFDSS unless it was to agitate for change.


As the years went by that chasm gradually narrowed but has never quite gone away. The EFDSS is still the respectable, London-based face of folk music although it has started doing a lot of valuable work with collecting, archiving and teaching song—particularly through The Full English Project in the last few years.

STORYTELLING in its present day revival form, is a much younger art form. It was only in the early 1980s that storytelling clubs and festivals started and that performers started to call themselves ‘storytellers’. Facts & Fiction, the storytelling magazine  of which I am now the editor was started in 1991. At about the same time The Society for Storytelling was formed and over the years it has done valuable work without ever quite setting the world on fire. Due to lack of resources it’s never been able to achieve the high profile it needs to become the focus for storytelling in England. The committee is usually very short handed with everyone doing several jobs. Very few people travelled to last year’s AGM in Cardiff. 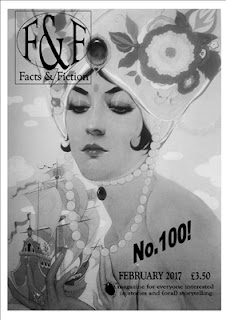 Over the years there have been attempts to form other folk music organisations. Off the top of my head I can think of Perform, Britfolk, Folk 21… and there have been others. These were well-meaning attempts to inject new life into the folk scene once the initial gloss had brushed off. Bringing in new blood or young people was often an objective. They all launched in huge waves of enthusiasm and were going to save the folk scene… There were then endless discussions where people complained about folk club organisers, the lack of young people, the standard of floor singers, 'long boring ballads', the scarcity of folk music on TV and radio and so on… what we should and shouldn’t do, how we should or shouldn’t do it… the wheel was invented again and again and then, after a few years you realised that the organisation didn’t really exist any more so someone, often the same someone, decided to form a new one and it happened all over again.


I don’t think anything similar has happened in the storytelling world… yet! Is that a good thing or bad? 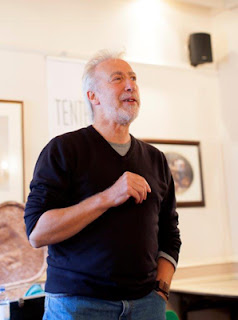 Why don’t these organisations work? Probably because people don't, on the whole, find it necessary to join them. You can work quite well without and they usually offer no practical advantage—just a bit of networking.


If you enjoy organising things, or if you want to be involved but are not a performer, there might be a place for you. Those of us who just want to sing songs and tell stories get on and do it.


I believe that in Australia and USA you have to belong to an approved society, either National or State, before you are allowed to work in schools, nursing homes etc. or perform at various festivals. And you have to jump through certain hoops and be approved before you can join them. (If you are reading this in America/Australia and I’m wrong please post a comment and tell me if that is the case.)  Restrictive practices like this seem very odd, particularly in a country like America— ‘the land of the free’—which is so anti-trades union!
Over the years similar schemes have been suggested in this country as a way of ‘improving standards’. (Do they need improving?) I would hate to have to ‘be approved’ before I could become a member. Who is going to approve me? I can't think of many people who I would like to be tested and approved by! And if it comes back to self-referral – “I've done so many gigs so I must be OK” -  it just becomes pointless. On most things I’m pretty left wing and would like re-nationalisation of the utilities, transport and so on, but I’d leave approval of artists to the free market. After all audiences vote with their feet! Some really terrible performers (in both fields) manage to set themselves up as professionals and do a few gigs but they don’t last for long. The word gets around.


Finally I will admit to being a member of SfS, although a very inactive one, and, in the past, I have been a member of the EFDSS.


But the only official body I’m happy being an approved member of is THE REBELS!