10 ALBUMS - which formed my musical self

Without these 10 albums I would not be me.

There was a thing happening on Facebook recently where musicans were invited to post 10 influential albums over 10 days. These were mine:

I'll write a bit more here and add some You Tube links as well: 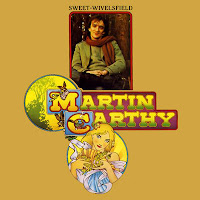 Here is my first one and it will probably come as no surprise. When I first started seriously going to folk clubs and looking for gigs there were always queues of other young men of a similar age and also armed with guitars also looking for gigs... and we were all influenced by Martin Carthy, Nic Jones, Bert Jansch etc This album epitomises Martin for me.
Listen here: Shepherd O Shepherd
I have sung the song for years but I learned it from a book, not from Martin. 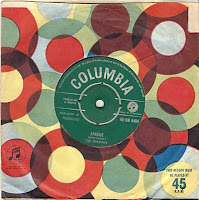 If it hadn't been for The Shadows I would never have wanted to play the guitar and my whole life would have been very different. In fact I would be a very different person. This isn't an album in fact. My best and most influential Shadows records were ex-Juke Box 45s I bought from somewhere (the market?) Kon Tiki, FBI, Man of Mystery but, above all Apache which came out in 1960. I had my first guitar a couple of years later and learned to play by playing Shadows tunes with a friend.
Here is an unusual video of The Shadows playing Apache.  It's not your usual neat, clean image – and no dance! Apache 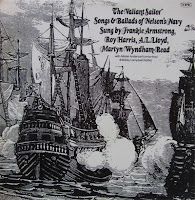 This is one of the most obviously influential of my choices. It's one of the many albums A.L.Lloyd put together for Topic. Bert Lloyd himself was a huge influence for me through his writing, singing, collecting, arranging... I reckon at least 25% of the songs in my repertoire must owe something to him in some way. And Roy Harris, who is at his prime here, was both my mentor and one of my best friends. I learned Adieu Sweet Lovely Nancy from this LP and recorded it on my first album in 1978... and I still sing it quite often.
Two tracks to listen to:
The Pressgang by Roy Harris   Nelson's Death by Bert Lloyd 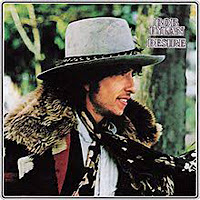 I first heard Bob Dylan in about 1963. Someone brought one of his first LPs to school and I thought it was horrible! It was as foreign to me then as Mongolian throat singing would have been. But I soon came to appreciate him and could have chosen several of his albums here. I think Desire is probably my favourite, it's one I keep going back to to listen to for pleasure. They are good songs, many co-written with Jacques Levy, and Scarlet Rivera's fiddle and Emmylou Harris' vocals add an extra bit of class. I bought my copy when Luton Library were selling off their vinyl - a bargain! 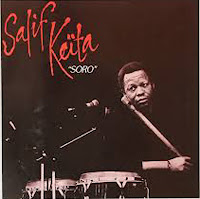 This wasn't the first African LP I bought but it was instantly a favourite. He has an amazing voice. It was recorded in Paris so I suppose it's Afro/French folk rock! Later albums became more mainstream. Salif Keita is a prince of the Mandinka tribe from Mali. He was ostracised by his father, who would not accept his son becoming a musician! Years ago I saw a long documentary about his life in which he spoke at length about his musical ideas, tradition, fame etc. We see eye to eye on a lot of things and as he is more or less my age he would be one of the people I'd include in my dream super-group if ever I could do my version of the 'Travelling Wilburys!'
Soureba 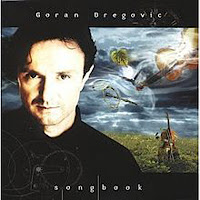 More world music. I discovered Bregovic through his film music and that is what this album is – a selection of songs from films like La Reine Margot, Time of the Gypsies and Underground amongst others. The songs are mostly based on trad music from the Balkans (he's from Sarajevo) and are performed by some top class folk musicians (plus people like Iggy Pop and Johnny Depp!) Underground is one of my favourite films – surreal, comic, sad.... based on the breakup of Yugoslavia – and Ederlezei, from Time of the Gypsies, was very much the inspiration for my arrangement of Buckworth May Song on my CD Mearcstapa. I was trying to marry a Balkan brass band with an English May song, and it worked!
Kalashnikov from the film Underground
Ederlezi from Time of the Gypsies 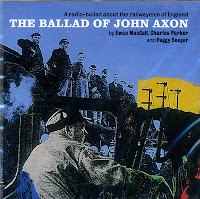 Not the best of the Radio Ballads – the music is too American – but it was the first, so that can be forgiven. The story of John Axon has local relevance for me and I wrote a version of it in my Derbyshire Folk Tales book. Axon worked on the High Peak Railway between Stockport and Buxton and prevented a major rail disaster at Whaley Bridge just a few years before the Ballad was written. He lost his life in the process.
The Radio Ballads had a huge influence on work I've done for several major projects where I've interviewed people, taken their words and stories and made them into songs or, in the case of the Mountsorrel Community Play – a whole script! I love the process.
The whole album! 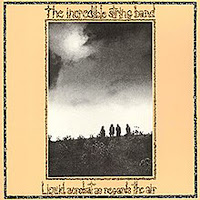 8  The Incredible String Band: Liquid Acrobat As Regards the Air 1971.

(You can't get much more different to Ewan MacColl!) The first folk club I went to was at college (Bretton Hall). When we left Sue and I went to live near Holbeach, Lincs. We started going to clubs around there and formed a trio playing mainly our own songs which were heavily influenced by ISB. As I got more and more interested in traditional music they were pushed out of my repertoire. By the time I went pro in 1978 I was doing almost entirely trad songs, but I still enjoy listening to ISB. On this album Darling Belle reminds me of work done by Bill Caddick, Tim Laycock and Pete Bond a few years later - Sunny Memories, A Duck On His Head etc
Darling Belle 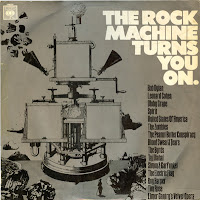 9 The Rock Machine Turns You On

(sampler) 1968 Bob Dylan, Moby Grape, Spirit, United States of America, Zombies, Peanut Butter Conspiracy, Leonard Cohen, Blood Sweat & Tears, Simon & Garfunkel, Taj Mahal, Electric Flag, Roy Harper, Tim Rose, Elmer Gantry's Velvet Opera. This was probably the first album Sue and I bought together after we moved to Holbeach. I knew a few of the artists but others were a very pleasant surprise. It's a great mix of folk, blues and rock. This track was originally done by the great Howling Wolf and has a 'guest appearance' by LBJ!)
Killing Floor 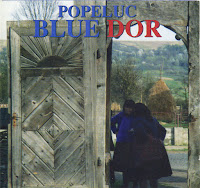 Sue insisted that I include this one even though I was the 'Pe' in Popeluc. It is here to represent the huge learning experience it was playing with and to the people of Maramures in Romania. It taught me a lot about what a living folk culture is and how different it is to a British folk club! Playing in front of an audience made up of folklore experts, Gypsy musicians and local villagers for the first time was a slightly intimidating experience but after a few minutes they stopped listening intently and returned to eating, drinking, dancing and joining in so we knew we were doing it right. It felt a great compliment when I was grabbed by the Gypsy musicians and made to sit with them rather than returning to the top table because “You're a musician”. Although the group doesn't exist any more I'm very proud of the album.
There is nothing from this album on YouTube so here is a special video. Horea miresii is a song sung to the bride at Maramures weddings. This was performed by local village women at a party. It always brings me out in goose bumps! And I wasn't even in the country at the time of the recording so I don't feel it is cheating too much to include it here!)