THE GOLD MEDAL FOR SLEEPING

About competition in the Arts.


The Olympics are over so no more running, jumping, swimming, diving… Cricket is still happening and the football season is well under way; all legitimate activities for competition. But, after the summer break we’re also back to competitive cooking, singing, dancing, dating… sleeping? No, not that last one yet but it will come soon, I’m sure!

We seem to be obsessed with competitions. Everything which can be competed for—and a lot of things which shouldn’t be—are being turned into TV programmes. 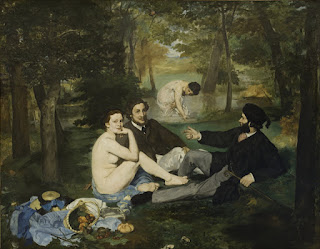 There is a long tradition of competition in all kinds of art forms and some have a history of encouraging good quality work which is of lasting worth. When a major new building is to be erected there is often a competition amongst top architects. Art (of the painting kind) is often competitive, even if it is only in as much as you submit your painting and a certain number are chosen. Famously the artists who are rejected sometimes open their own exhibitions and start a new school of art (the famous Salon des Refusés in 1863, for example where Matisse exhibited the Déjeuner sur l’herbe and which led to the Impressionist movement

Ball Room Dancing and Brass Band music have long been competitive and in the field of folk music Scottish, and especially Irish, folk music teaching is often based on competitions—Comhaltas Ceoltóirí Éireann.

The main criticism of dance and music competitions as mentioned above is that the players play for the competition not for the music. They learn to do things which are very clever but which wouldn’t be done in ‘the real world’. Dancing, especially ballroom dancing, was originally a way in which ordinary people could meet, flirt, touch the opposite sex. You didn’t need to do hours of practice and be a honed athlete as you do if you’re on ‘Strictly’! For that you also need to leer at the camera and wear ridiculous costumes! The music played in band and instrument competitions is aimed at showing off your skill—how many extra twiddles can you put in? - rather than making a sound which people like. Emotion and feeling takes second place to technique. 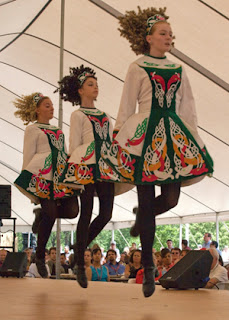 The recent big scandal about ‘Bake Off’ being taken over by Channel 4 from the BBC has become the biggest news story. It’s had more space than Syria or the American elections or Jeremy Corbin’s re-election. (Will Trump become the most powerful man in the world? We don’t care as long as we’ve got Mary Berry!)


And what do they do on Bake off and other programmes like it? Spend a fortune in money and time cooking impractical food on which you could not survive even if you wanted to. The looks outweigh the taste.

Music is to listen to. Dancing is for sex. Food is to eat.

Of the ‘talent’ contests—Britain’s Got Talent, X-Factor, The Voice etc… they cater for ephemeral, populist, lowest common denominator ‘stars’ who will appeal to the masses and have a very short shelf-life. How many winners from TV talent shows have managed to make a lasting career? A very small percentage. (Sir) Lenny Henry seems to be the standout exception to the rule.

You won’t be surprised to learn that I don’t watch any of the shows mentioned above. I don’t like competitions in the arts and definitely not in my art forms—folk music and storytelling. I’ve never entered one and wouldn’t. I admit though that, over the years I have judged a few. One was at the Glasgow Folk Festival back in the 1980s. They deliberately chose two ‘outsiders’ (Sassenachs!) as judges and the woman we chose as winner was probably not the most impressive singer but she seemed honest and had feeling and potential. There was a man who had a lot more positive performance skill but we didn’t feel he needed the hand up. The organisers told us afterwards that they were really pleased we didn’t choose him because he entered every year, and won every year, and had come to think it was his right!
A decade or so later there was a ‘young folk musician’ competition in St Albans. I seem to remember that we chose a winner and everyone else came second. There were some talented young people amongst them and one or two have gone on to make names for themselves on the folk scene—but not the winner I don’t think!
When I ran a local radio folk show (Chiltern Radio from Dunstable) I organised a song writing competition several times but it was more of a chance for people to showcase their songs rather than write something specific for the competition.

When I started going to folk clubs the only way in was to do ‘floor spots’ - ie go along, sing a few songs and hope the organisers thought you were good enough to ask back to do a paid booking. I’ve been on both sides of that—performer and organiser—and know that it is very much a lottery. The people who make a quick impression tend to be the ones who get the gigs and then you sometimes realise that what they did at the ‘audition’ was all they can do. Everything else is just a rehash of that or nowhere near as good. An artist who takes his time and gradually builds a performance finds it more difficult to ‘win’ the ‘competition’.

NOT JUST COMPETITIONS BUT AWARDS


For me that is the crux of it which applies to both competitions and awards. If you enter a competition and have to do something special, a one-off, and are judged on that alone it is very much a lottery. (Rather like the 11+!) If you are judged on your body of work over a period of time then it’s something very different.

I don’t mind people being given an award for a body of work—think of a ‘lifetime achievement’ award. It’s not so much an award, more of a recognition. And they have done it already, it’s not as if they just did it just to win the prize. 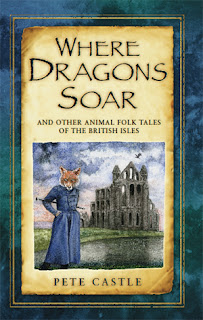 It also depends on who gives the award. I don’t think I’d have any qualms about accepting a Nobel prize (even though he did invent dynamite)! But I wouldn’t accept anything which has the words ‘British Empire’ in the title!


It always used to be that you were asked to keep quiet if you turned down an award but quite a number of people have let it be known that they have done so—a recent one was the ex-Liverpool footballer Howard Gayle who refused an MBE “because it would be a betrayal of all the Africans who had suffered under the British Empire.” There is a long list of others including David Bowie and Johnny Rotten!

As a footnote I must say that my book ‘Where Dragons Soar has been nominated for the Anne Izard Storyteller’s Choice Award organised by Westchester Library System in the USA.


I don’t know much about the competition and don’t even know what the prize is (if there is one) but I like the reason for it and am pleased that someone (I have no idea who) thought highly enough of my book to submit it. I’m sure it won’t win!
“The award seeks to bring the riches of storytelling to greater public awareness by highlighting and promoting distinguished books on storytelling published for children and adults.”
So it’s recognition of work already done and not something done purely to win a prize.

Here are links to a couple of the stories in the book—(told live)
The Frog at the Well
https://www.youtube.com/watch?v=sajUETbvov0

Any comments gratefully received. You can write them below.