TURPIN WAS A HERO


With my hero, Turpin was a hero, He was a valious Turpin-O. 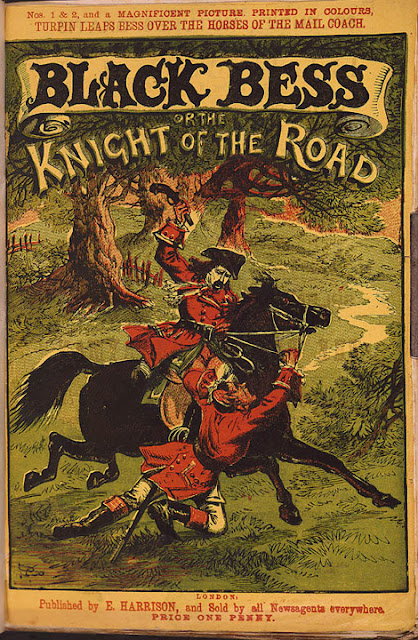 Everyone knows of Dick Turpin. If you mention ‘highwaymen’ he is the one who comes to mind. There are several traditional songs about him and it seems that just about every pub in the country claims to have been visited by him!
His most famous exploit is, of course, the ride from London to York on Black Bess. 200 miles in one day to escape from the law.
But, in reality Turpin was not a ‘Gentleman of the Road’, not the Hollywood picture of a gallant, polite, brave robber. Definitely not a Robin Hood figure. And, if anyone rode from London to York it wasn’t him!

Dick Turpin was a thug: a house breaker, horse thief and killer. He started life as a butcher and expanded this to include rustling, poaching and deer killing. As a member of the notorious ‘Essex Gang’ he became feared around the Essex/East London area for their violent, horrible crimes:

“On Saturday night last, about seven o'clock, five rogues entered the house of the Widow Shelley at Loughton in Essex, having pistols &c. and threatened to murder the old lady, if she would not tell them where her money lay, which she obstinately refusing for some time, they threatened to lay her across the fire, if she did not instantly tell them, which she would not do. But her son being in the room, and threatened to be murdered, cried out, he would tell them, if they would not murder his mother, and did, whereupon they went upstairs, and took near £100, a silver tankard, and other plate, and all manner of household goods. They afterwards went into the cellar and drank several bottles of ale and wine, and broiled some meat, ate the relicts of a fillet of veal &c. While they were doing this, two of their gang went to Mr Turkles, a farmer's, who rents one end of the widow's house, and robbed him of above £20 and then they all went off, taking two of the farmer's horses, to carry off their luggage, the horses were found on Sunday the following morning in Old Street, and stayed about three hours in the house.” 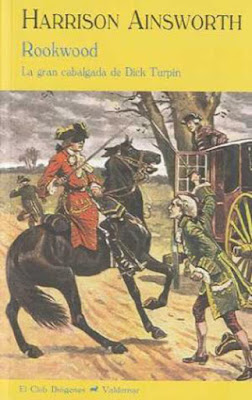 Eventually the rest of the gang were captured and hanged at Tyburn but Turpin escaped and by 1837 had changed tack to highway robbery in the area around Epping Forest. When the law came too close Turpin moved north to York and changed his name to John Palmer. As the song says he was eventually brought to trial and hanged for the shooting of a game-cock.

Turpin’s fame is due mainly to the author William Harrison Ainsworth who featured him in his novel Rookwood. It is there that the ride to York and Black Bess are introduced and the death of the gallant horse at the end of the journey tugged at enough heart-strings to make the story a success and Turpin a hero. 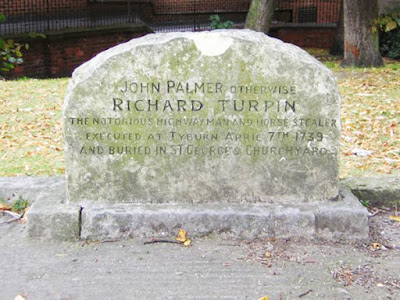 So where did Ainsworth get the idea of the famous ride? Possibly from a highwayman who lived a century before Turpin—Swift Nick Nevison. I told the story of Swift Nick in my book of Nottinghamshire Folk Tales. Here is an abridged version: 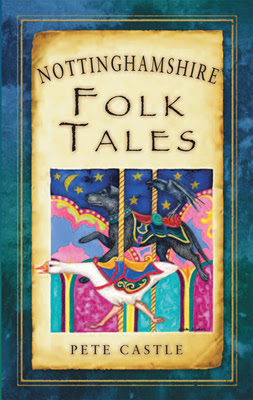 John, or William (or even, perhaps, James) Nevison, he was known by all those names, might have been born near Pontefract in the West Riding of Yorkshire, and if he wasn’t it could have been at Wortley near Sheffield. It must have been in or around the year 1639. His father was either a wool merchant or the steward of Wortley Hall. Either way he was in a stable job and the young Nevison had a comfortable upbringing. Young Nevison was always up to mischief and often in trouble and when he was about 13 years old the law was after him for something fairly serious, it might have been stealing from his father but we’re not sure. Rather than face the music, he ran away to London where he worked as a brewer’s clerk for a few years before taking a ship to Holland where he became a soldier with the Grand Old Duke of  York.

When the wars were over Nevison returned to England and nursed his ailing father and when the old man died he put his soldiering skills to use as a Gentleman of the Road, a highwayman. He quickly gained a reputation as a polite and gallant robber who did no physical harm to his victims. He was also handsome and charming to the ladies, the very model of Hollywood’s idea of a highwayman as played by Douglas Fairbanks or Errol Flynn, although I’m not sure that either of them ever  played a highwayman….


Nevison [used as] his main base the Talbot Inn in Newark from where he and his gang  made it unsafe to travel along the Great North  Road anywhere between York and Huntingdon. For a while he was mistaken for his own ghost!
And now we come to the famous deed, the ride from Kent to York. Why Nevison was in Kent I don’t know, perhaps things had become too hot for him further north, or perhaps he was just after rich pickings in a new landscape, but he apparently robbed a traveller at Gad’s Hill, near Rochester and, fearing that he’d been recognised, decided on an amazing plan to give himself an alibi. He caught a ferry across the Thames and then rode to Chelmsford where he rested for a while. The he rode on to Cambridge and to Huntingdon where he joined the Great North Road. Stopping regularly for short breaks to rest his horse he eventually reached York at sunset. He had travelled 200 miles in one day... 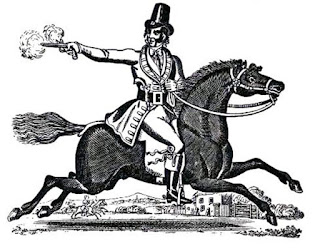 On finally reaching York Nevison stabled his horse, washed, changed his clothes, and then made his way to the bowling green where he knew the mayor and other important people would be gathered. He made sure he was noticed and spoke to the mayor as he placed a bet on the outcome of the game.
Nevison had obviously been correct when he feared that he had been recognised because he was soon arrested for the Gad’s Hill hold up but he was able to call on the Lord Mayor of York to give him an alibi—if he had been placing bets and having a conversation with the mayor in York at 8pm how could he have possibly been in Kent that morning? He was found not guilty although the story of how he had tricked the system soon spread and Nevison became a hero. Even King Charles admired his deeds and it was he who gave Nevison his nickname ‘Swift Nick’. . .
FOR INFO ABOUT NOTTINGHAMSHIRE FOLK TALES, OR TO BUY THE BOOK
CLICK HERE 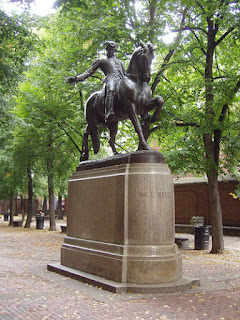 The idea of a lone rider on a brave horse performing a famous journey seems to be made for folklore and if there isn’t such a story you invent one! In the USA the same motif has been attached to Paul Revere….


Listen, my children, and you shall hear
Of the midnight ride of Paul Revere,
On the eighteenth of April, in Seventy-Five:
Hardly a man is now alive
Who remembers that famous day and year.

The story of Paul Revere’s Ride, which took place in the Revolutionary War (American War of Independence), is that he rode from Boston to Lexington and Concord to warn the revolutionary leaders that the British army was on their way to arrest them. In fact he was not a lone rider but one of a team and Revere himself never reached Concord—he was captured at Lexington. But why let facts get in the way of a good story!