THE JOYS OF TREASURE HUNTING IN ARCHIVES... WHEN YOU FIND SOMETHING GOOD

Between 1978 and 1987 I lived in Luton in Bedfordshire. It was whilst there that I went professional as a ’folk singer’ and I was often billed as ‘a Bedfordshire folk singer’. (You might like to look at my previous Blog about shifting identities.)


Throughout that time I did a lot of research into local songs, folklore and customs but not so much on stories as it was only towards the end of that time that I really started getting interested in storytelling as something I could do. There were very few other people doing Bedfordshire songs at that time—Barry Goodman and Graeme Meek (Life & Times) were writing songs about the area, Bill Prince did some local, trad songs but that was about it. In the decade or two before Fred Hamer had collected quite a number of songs from old singers in the county many of which were published by the EFDSS but I found that was only the tip of a sizeable ice-berg. By digging around in printed sources I could find a lot more. The staff at both Luton Museum and Library were very helpful in this and were, in fact, positively interested in the work I was doing. Luton Museum even funded a cassette album, Bedfordshire Folk Songs, featuring myself, my wife Sue, Bill Prince and ‘Mum’ Johnstone. Margery ‘Mum’ Johnstone was a genuine ‘source singer’ who was about 80 years old at the time. She had lived around the area all her life and had learned many of her songs from her granny when she was a little girl. She became a good friend. She was also one of Fred Hamer’s informants.
You can hear her both singing and reminiscing by clicking this link………
MUM JOHNSTONE'S MAY DAY

Whilst searching through piles of old diaries and boxes of papers at the museum I came across a song which was entirely new to me. On the sheet it’s called ‘An Original Song’ and is printed on a small piece of paper about 4 x 8 inches. I have been unable to find out anything about it at all.


From the subject matter and style of printing I guess it dates from the early 1800s.
The dialect and spelling is strange—it could be Midlands… or East Anglian?
There is no printer credited so that doesn’t help. There was a prolific printer of broadsides in Bedford—M.A.Merry, of Castle Lane, whose work included a spectacular, large one called ‘The Life, Trial, Confession, and Execution of Joseph Castle for the Murder of his Wife, At Luton, on Tuesday the 9th of August, 1859, Tried and condemned at the Bedford Assizes, March 14, 1860’. I can assure you that Joseph Castle was no relation to me!
There was no mention of a tune on the Original Song sheet but, as is so often the case, one immediately came into my mind when I first read it through—it’s We Poor Labouring Men which is entirely appropriate from every point of view.
The ‘story’ the song tells is of the oppressed agricultural worker and the selfish employer. It could be straight out of George Elliot.

LINK to the song. SOME WILL WORK (An Original Song) sung by Pete Castle

Here is my 'translation' of the words:

It's out of the barn when you do look
If it is for to speak to your neighbour,
Your master he hollas out so sharp
"Go you in and get to your labour."
It's out of the window he does peep
His eyes are always upon you,
And if ever he had his will of you
He'd throw you on the fire and burn you.

When you leave work at six o'clock
You look out for a stick of wood,
Your master is so damned mistrustful
He thinks you're up to no good,
And when in church then they do sit
They do say unto one-another
"My men won't leave work at five o'clock"
"No, no more will mine" says another. 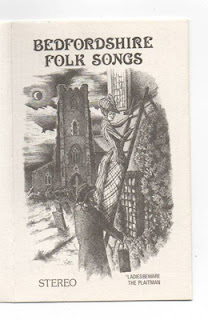 And when in church then they do go
To hear what the parson do say
Instead of their all being good
Their hearts are the other way.

And when out of church then they do come
In their hearts they've got no good,
They do say unto one another
"My men do steal my wood".
And Saturday night when it comes round
The money down they tell,
And as they put it in your hand
They looks as black as Hell!

I’ve never come across An Original Song/Some Will Work in any book and I can find no reference on the internet where you can find most things. I have never heard it sung by anyone else either although I know Corinne Male has sung it set to another tune, but she got it from me!

So perhaps it’s not only an Original Song but a Unique Song.
I think it’s a good song. I’ve sung it quite a bit over the years but it’s never become a permanent fixture in my repertoire for some reason.
If you like it please sing it. It deserves it.

To find out more you could have a look at my web site  http://www.petecastle.co.uk
My You Tube channel contains a lot of videos of both songs and stories.
See  https://www.youtube.com/channel/UCq6xTFVShO_jo3Y-Q9rU9Hg/videos

You may also like to consider subscribing to Facts & Fiction storytelling magazine which I edit (  http://factsandfiction.co.uk )  It's quarterly and covers all aspects of storytelling with news, reviews etc

Have a look at the previous postings below and if you have any comments please post them. I'd welcome your (constructive) comments.