MY FIRST VENTURE INTO SCOTLAND

A while ago I read an article about the early days of the folk scene in Scotland (in Living Tradition #137). It made me think about my first visit to Scottish clubs which happened a bit later but included many of the clubs mentioned.

I gave up my job and went professional on the folk scene in 1978 and in the next couple of years managed to get to most of England between Cornwall and Kent and as far north as Newcastle. I might have even been into Wales, fleetingly. Scotland seemed another world though. I’d never been there, not even on holiday! 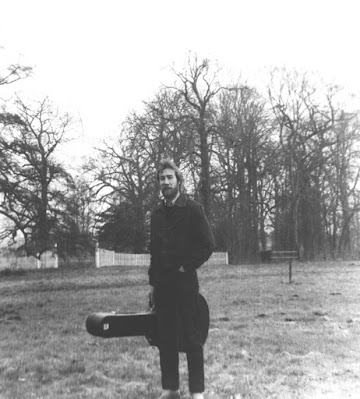 Then, I played at the Poynton Folk Centre, just south of Manchester. It was a place I’d been to several times, to both their club and the annual festival. I think it must have been at the festival in 1979 when I did my evening spot and was greeted by a very enthusiastic, slightly tipsy, Scotsman. He said I’d go down a storm in Scotland and his mate could fix me up a tour. Was I interested? Well, of course I was, but I didn’t really expect anything to come of it. It’s the kind of thing people often say late at night when they’ve had a bit to drink, but I gave him my details. To my surprise, a few weeks later, I was contacted by someone called John Barrow in Edinburgh. He could offer me a two week tour the following spring. I didn’t know John Barrow or that he was on the way to becoming one of the biggest names amongst agents and organisers north of the border! All I knew was that he seemed efficient and trust-worthy and was offering me work!

So, in April 1980, I set off on a tour that included clubs in Edinburgh, Milnathort, Aberdeen, Dundee, Linlithgow, St Andrews and Glasgow (not necessarily in that order). To fill in the vacant nights John had also arranged a couple of shared gigs or floor spots in return for a bed, so my whole fortnight was sorted out. It was all a great experience.

It’s a long drive from Luton where I was living then, so I managed to get an extra gig in NE England to break the journey but I was amazed how far it is from Teeside to Edinburgh!

I loved Edinburgh and spent a few days there and have been there for gigs and things several times since. I stuck a card in my scrap book. That first time I stayed at Gillvale Guest House, Corstorphine Rd. I can’t remember it at all so it can’t have been particularly good or particularly bad! I think it must have been near the zoo because I visited that and was appalled by the... bear or lion? I can’t remember, in a tiny cell just inside the entrance. I walked out and don’t think I’ve been to a zoo since!

One lunchtime someone who was looking after me said “You must come to Sandy Bell’s.” I had no idea what it was but we went, although it all went over my head. A missed opportunity!

Other memories from that tour include an atmospheric drive through Glen Shee to Aberdeen where Lizzie Higgins dropped in to do a floor spot which made me feel a real impostor!

And St Andrews which was interesting: staying near the Old Course and having a walk round there first thing in the morning. I have no interest in golf but it was worth seeing. St Andrews was also the only place in Scotland I was aware of kilts—mainly worn by men with very middle class English accents!

By contrast, in Glasgow I stayed with Arthur Johnstone and played at the Star Club—could that be more  different to St Andrews! I was amazed to find the club venue standing alone in the middle of a demolished wasteland. Again, I knew nothing of the background but knew that there was a political element to it so I tweaked my set accordingly.

Sadly, I have very little to show for the tour in the way of souvenirs—half a dozen rather blurry photos (the Forth Bridge, the Tay Bridge, Glen Shee…) the card for Gillvale Guest House, and a newsletter for St Andrews Folk Club, is about the sum total.

St Andrews said: ‘April 20th: Pete Castle. A young singer/guitarist from south of the border making his first visit to the club.’ 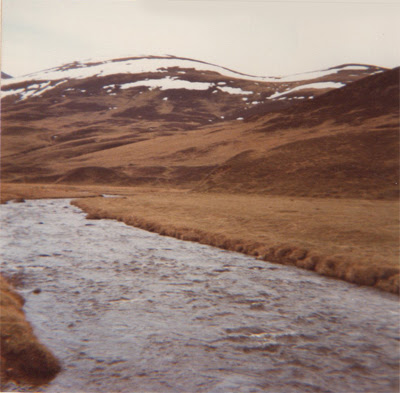 Over the next decade or so I made more trips to Scotland under my own steam. I don’t know whether John Barrow would have been willing to arrange them but I don’t think I asked him. (Another missed opportunity!) I did most of those clubs from the first tour again and some became regulars. I also added a few more—Ayr, I seem to remember, and another tiny place in that direction that no-one had ever heard of!

Gradually though, I found it increasingly difficult to put together enough gigs to make the trip worthwhile. I could get three or four bookings but they were spread over two or three weeks, which isn’t practical. It was due to changing tastes. Scottish clubs were increasingly looking for Scottish music. This was summed up on what was, I think, my last solo trip.

It was for the Glasgow Folk Festival some time around 2000, a really successful, enjoyable event. Two things stand out for me: one was being one of two judges for a traditional singer contest. The other judge was a Welsh woman (Siwsann George?). I think they had deliberately chosen ‘neutral’ judges and this was born out by the fact that afterwards they made a point of thanking us for our choice. We had gone for a young woman who seemed to have great potential rather than an older man. The organisers said that he won every year and thought it was his right!

The other memory was a concert in a big greenhouse on the banks of the Clyde. It was a lovely venue with all the plants around, good acoustics, and I sang well. But, halfway through my set someone yelled ‘Get off you Sassenach and let’s hear some good Scots music!” He was quickly ‘escorted’ from the building and later came and apologised— “It was just the drink talking.” It didn’t worry me although it has stuck in my memory for more than 20 years! 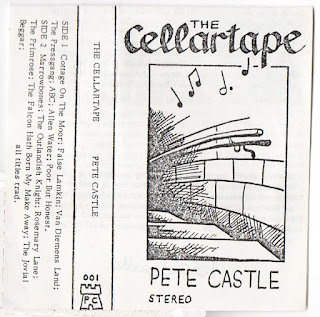 The last time I was in Scotland was with my occasional Anglo-Romanian band Popeluc. I can’t understand why I can find no mention of it in my scrap books, but I know it wasn’t a figment of my imagination! It was probably a last minute addition to a hectic tour so a lot of it has been lost in the haze! We played in a beautiful old theatre in the centre of Edinburgh—raked stage, audience in boxes, good PA. Generally a memorable event. Except that I can’t!

The other abiding memory from my early trips is of someone commenting on my repertoire: “We really love your unusual English versions of our songs.” I don’t know which ones she particularly meant although at that time one of my most popular songs was an English version of The Jovial Beggar and when I wanted a good chorus I did a Scottish song called ‘Gruel’ which I had translated into English! So instead of ‘The very first nicht that he got wed, He sat and grat for gruel’ .mine came out as: ‘The very first night that he got wed, He sat and cried for gruel…. Etc

Well, I couldn’t sing ‘nicht’ and ‘grat’ could I? ‘Gruel’ was foreign enough!

Nowadays people would accuse me of ‘cultural appropriation’!

Left: a self produced cassette album I was selling around the time of my first Scottish trip which contains The Jovial Beggar