A CALL TO HONEST LIARS


Is it time for storytellers and folk singers to man the barricades, to stand up and be counted, to provide a real opposition to what it happening in this mad world of ours, rather than to continue to be ‘nice’ in public and just complain by posting harmless messages on Facebook and similar? 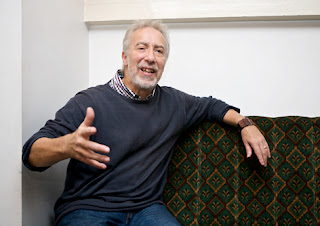 "Folk Music is Fun."
"Storytelling is for Toddlers."

They are the two stereotypes which haunt the two related art forms with which I have been involved for most of my life. But they are mistaken stereotypes. Some folk music is fun, and some storytelling could be for toddlers but both are only small aspects of the whole.
The media, particularly local newspapers, seem incapable of writing the word ‘folk’ without appending ‘fun’ even when the rest of the content points to it being most inappropriate

We have now had a revival of oral storytelling well under way for about 30 years and it has been discussed in papers, magazines and on Arts programmes on TV and radio but still, if a storyteller is booked for an event, it is assumed that it will be for the childrens’ area; and in schools they are naturally pointed towards the younger age groups rather than the older ones. That might partly be because the staff think the older pupils have more important things to do with their time than just listen to stories, (Attainment Targets to reach, lists to learn, boxes to tick!) but it’s more that, without thinking, the ‘powers that be’ associate storytelling with the simple bed-time story before mummy tucks you up ready for sleep… A story cannot possibly be powerful or harmful, can it? Some people think it can and complain if you do one they consider 'inapproprate'.

The Folk Revival has been underway for even longer—several generations, but still the majority of people are ignorant about it. Blame the press!

But you can’t just blame the press—it is also what the public expect. They have been brainwashed to expect ‘folk’ music to be mediocre and singalong and, probably, Irish!  Even when it isn’t it takes a long time to register that this is something more.

I recently did a performance with my friend and fellow storyteller Nicky Rafferty. We called it Two Heads and Tales. It was a one-off event and we decided not to plan it but to just let one story (or song) lead to another. We knew that we both had large enough repertoires and enough experience to be able to do it like that. We weren’t going to go blank and not know what to do next. In fact the opposite was true—shall I do this one or that one…? The only planning we did do was to run past the other a few titles: these are a few things I’d like to fit in if appropriate. It gave us a starting point but we didn’t fit them all in by any means.
Based on that selection we decided not to shy away from difficult stories and in the end we included Mr Fox, Appley and Orangey and the songs Fanny Blair and the Two Sisters, but there were also lighter twists on heavy ideas

’My mother chopped my off, My father picked my bones… ‘ sings the murdered child in Appley and Orangey. I followed that with Jack Goes Hunting (Fish, Fowl or Fur) in which a man also gets his head cut off; but it’s a story with a moral—don’t pick your nose!
A couple of stories are on You Tube at The Three Sillies and Money, Money, Money


It was great fun to work together. We both usually work solo and to have someone else to bounce off was an added stimulus. The audience enjoyed it too although a few days later someone commented that it was all ‘a bit grim’. The ’difficult’ aspect was obviously not what she was expecting. She wanted the ‘folk fun’.
It is very easy to be put off by comments like that and to steer clear of controversial material. I was talking to someone else about ‘self-censorship’ and we will probably have a piece on that subject in Facts & Fiction  storytelling magazine soon. Link to Facts and Fiction But why are we storytellers and folk singers so scared of upsetting the audience? 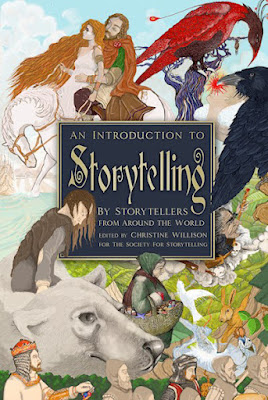 The theatre puts on difficult plays—they don’t censor King Lear or Titus Andronicus; some stand-ups go out of their way to say outrageous things and to crack bad-taste jokes; satirists explore the current news and put a focus on the misdeeds of our leaders… why can’t, or don’t, storytellers and folk singers do the same?
‘Oh, we don’t want politics in folk clubs’ has been a frequent comment.

In his essay in the new book ‘An Introduction to Storytelling’ from The History Press, Prof Mike Wilson suggests that the time has come for storytellers, as ‘professional liars’, to shine the spotlight on the liars and fake-news pedlars of politics, advertising and the media because we can do it in a subtle, good natured way that just might get home.
He says: “I might suggest that we should also adopt the moniker of the ‘honest liar’ to describe the storyteller who lies playfully to expose the bigger lies of the deceivers and con-artists…”
Link to the History Press web site

Our Money Money Money set mentioned about does just that… as long as the audience is perceptive enough to put their prejudices aside and take it on board!
So, come on all you Honest Liars, forget the folk fun and leave all those carefully honed sentences to one side for a while—and, just occasionally, get your soapbox out and expose the wrongs of the world we are living in.
Pete's web site
Pete's You Tube Channel
Facts and Fiction storytelling magazine