WHAT GOES IN, WHAT STAYS OUT: THE WRITER'S TASK


Choices, choices. What goes in? What stays out? Which stories fit the criteria, which don’t?

Although this post is about writing my latest book it also takes up the theme of identity which I mentioned last time. When is a British story British? 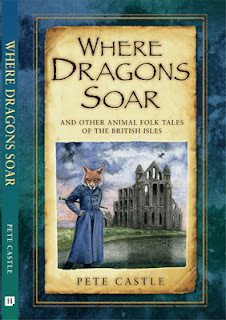 ‘WHERE DRAGONS SOAR and other animal folk tales of the British Isles’ has just been published. It's my third book for The History Press. It’s a book of traditional stories about animals drawn from all over Britain. I really enjoyed writing it but before I could start I had to make a lot of choices.
My first two books: Derbyshire Folk Tales and Nottinghamshire Folk Tales were quite straight forward—if it was a folk  tale from that county then it could go in. This time I had to ask myself a few difficult questions.
What counts as the British Isles? How is that different to the UK or GB? Should I include Ireland? How about the Channel Islands, the Isle of Man, Orkney, Shetland? I thought about this for a bit and decided to exclude Eire because that is a whole different culture and deserves a book to itself, although a couple of little Irish stories did creep in because they fitted and helped to balance or explain the others. You could argue that Welsh and Scots stories are equally as foreign but I did decide to include both, although the ones I used were probably from the English language tradition rather than Welsh or Gaelic.
Once I had decided on that I let the stories choose themselves. If I had a choice of two versions of the same story I used the one which came from somewhere I hadn’t mentioned elsewhere in order to get a wide coverage.
I’m pleased with the area I managed to cover: all parts of England; quite a few stories from Wales and Scotland; the far north—there is a story from Orkney (nothing from Shetland although it’s mentioned). The Isle of Man gets several stories—it is often overlooked entirely; there’s one from the Isle of Wight; but I didn’t manage to include anything from the Channel Islands in the end. I did have a couple of tales pencilled in but they didn’t ‘make the cut’ mainly because I decided they were stories with animals in but not really stories about animals.

The cover design (by Katherine Soutar) is based on the story/song Reynardine which is something I love singing and which I had to include.

I sing it on You Tube at:  REYNARDINE

and here is a link to me telling one of the stories from the book:  AYLESBURY BLACK DOG 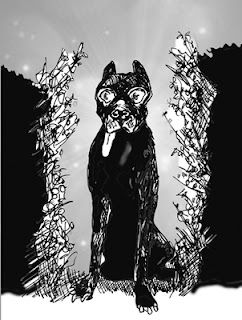 When the idea of a book of animal folk tales first came up I thought—this is great, there must be hundreds, perhaps we can do vol.1, vol.2, vol. 3… But once I started researching I became more cautious. Yes, there are hundreds of well known folk tales about animals but how many of them could be called ‘British’? There are many folk tales which we all know and which have been a staple part of children’s literature for generations but which are not British in origin: tales from Grimm, Anderson, Perrault… American tales like Brer Rabbit; African tales about Anansi… You could make a case for including some of them because several generations of British children have been raised on them, but they’re not really British. An even stronger case could be made for including Aesop’s fables. They’ve been in print in Britain for over 500 years and most people know something of them—but they are still called ‘Aesop’s’ fables and are described as being Greek (or perhaps Egyptian). And they are aren’t they? They’re about grapes and pitchers, and wise men on donkeys—not things you find very often in an English village!  (But I’ll admit that I did allow at least one to sneak in!)

As I said in the introduction to the book the British are all immigrants. There was no-one here at the end of the last Ice Age. Over the past 10,000 years we’ve all come from somewhere else and either superseded or mixed in with those who were here already. And those waves of migrants all brought new stories with them. Whose stories should I include? I’m sure there’s no argument against stories from the Ancient Britons or Welsh; the Anglo-Saxons and Vikings, even the Normans, seem long enough ago for theirs to count as British stories… or do they? Are some of them still identifiably Scandinavian or French? And what about tales brought by even more recent immigrants? Where do we draw the line? Does a Punjabi story count as British if it’s told by a British born Indian? When it comes to the tales I tell in performance it doesn't matter; if I like it and it fits I do it; but when a book has a description you have to stick to 'what it says on the tin'.
It comes down to a gut feeling of what fits rather than a scientific definition. I allowed in a couple of ‘immigrant’ stories because they fitted so well and also a couple of much more recent stories which owe their being to the internet and e-mail. Again, they fitted and cast a new light on older themes. 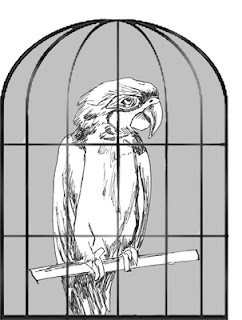 As well as a wide geographical range I was also aiming for as wide a range of creatures as possible and I think I succeeded in that.


As might be expected there are quite a few tales about favourite British pets like cats and dogs (and even a tortoise and a parrot!) There are the familiar animals of the countryside—cows and bulls, hares and foxes. (I was surprised by a lack of stories about horses…)  There haven’t been wolves or bears in Britain for hundreds of years but there is no lack of stories about them. Many of the bears are of the ‘dancing bear’ type used for ‘entertainment’ until comparatively recently but the number of wolf stories shows our innate fascination with my favourite wild animal. There is also a whole range of more fantastic creatures—dragons, werewolves, silkies and so on. (Another thing to ponder: is a werewolf an animal or human?) More surprisingly perhaps, I’ve been able to include stories about alligators, lions and elephants! Well, the British have always been great travellers!

WHERE DRAGONS SOAR is available via the Shop page on my web site.  PETE'S SHOP  for £12 inc p&p

My You Tube channel contains a lot of videos of both songs and stories.
See  PETE'S YOU TUBE CHANNEL
If you'd like to know more about my work have a look at   MY WEB SITE


You may also like to consider subscribing to Facts & Fiction storytelling magazine which I edit  ( FACTS & FICTION ) It's quarterly and covers all aspects of storytelling with news, reviews etc
Have a look at the previous postings below and if you have any comments please post them. I'd welcome your (constructive) comments and would be very pleased if you did sign up to 'follow' me!
Posted by Pete Castle at 09:36