SHOCK! HORROR! THE STORY OF BEAUTY AND THE BEAST COULD BE 4000 YEARS OLD!

That story was in the newspapers, it was all over Facebook, people sent me links to articles… it featured on the Today Programme where an incredulous John Humphreys interviewed someone on the subject.
So what was it all about?
Dr Jamie Tehrani  and his colleagues at Durham University have been doing research into this subject using a method called  Comparative Phylogenetic Analysis and he’d come up with the findings that some tales might be 6000 years old!
(I won’t go into the details of the method, it’s long and complicated, but you can read all about it for yourself on these two sites: 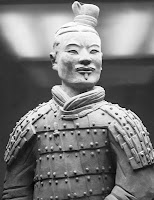 Is it, though, such an incredible finding? Didn’t we know, or at least suspect that all the time?
Historian Michael Wood in his recent TV series ‘The Story of China’ showed a storyteller telling a 4000 year old story. “That’s being told in the very place it happened” he said, “We know that because archaeologists have excavated those fields and found the evidence.” He didn’t find it surprising that a story could survive orally for that long even though those tales were all banned during the Cultural Revolution of the mid 20th Century. They sprang back up with no difficulty once they became acceptable again.  So if it’s possible in China why not in Europe?

Tehrani  himself said in his paper “Wilhelm Grimm (one of the famous Brothers Grimm to whom we owe many of the best known European folk tales) argued that the traditional German tales that he and his brother Jacob had compiled were remnants of an ancient Indo-European cultural tradition that stretched from Scandinavia to South Asia”. Many people said this wasn’t possible. They argued that the peasantry wasn’t capable of creating such stories from scratch and that they must all have been composed by some literate member of the gentry before being taken up orally. 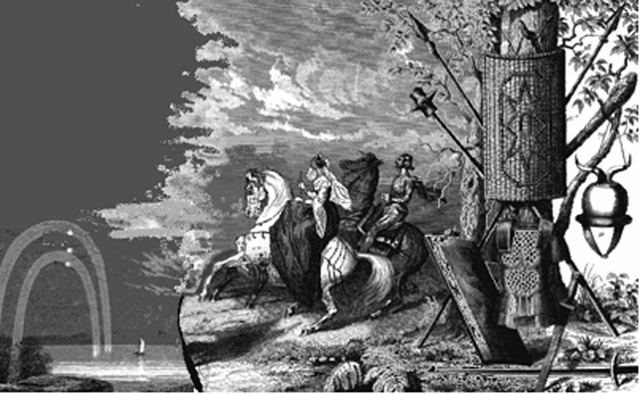 I love singing ballads and, over the years, have done many of them. A particularly magical and ancient-seeming one which I’ve recorded but never performed live is The Outlandish Knight (Child#4) In it  a mysterious, foreign (or other-worldly?) ‘knight’ comes wooing, promises all kinds of wonderful things, and the young lady elopes with him; when they get to a distant riverbank he orders her to dismount from her horse and take off her clothes:

but, as in many stories, she’s a clever girl; she tells him to turn his back while she disrobes and when he’s not looking she pushes him into the river:

“Lie there, lie there, you false hearted man
Lie there instead of me,
If it’s six pretty maidens you have drowned here
Then the seventh has drownéd thee.”


In his book Folk Song in England A.L.Lloyd devotes several pages to the ballad and points out that the story has been found right across Europe for many centuries and the further east you go the older the song seems to be. A scene which is missing from most British versions but is found in the Continental ones is this: at some point on their ride they stop beneath a tree. They dismount and she takes his head in her lap to delouse him (very romantic!) but not before he has warned her not to look up into the tree where hang either his blood-stained weapons or the heads of his previous victims. (Shades of Bluebeard or Mr Fox!)
This image can be found in many Hungarian and Slovakian churches although the hero is the Hungarian king St Ladislas, but sometimes he is depicted as a Tartar warrior...
Lloyd claims that the oldest depiction of the same scene is found on a bronze sword scabbard dating from 300BCE, found in Siberia—a warrior and his lady lie under a 9-branched tree by the river with their horses standing near by.

And how about Scarborough Fair or The Elfin Knight (Child#2) ?


When I was about 9 years old I was given a book called The Golden Fleece by M.W.Jennings as a school prize. It was one of those I read over and over so when I heard Scarborough Fair (the full version, not Paul Simon’s truncated one) I immediately recognised the image of ploughing the sea shore:
Tell him to find me an acre of land… between the salt water and the sea strand.
Tell him to plough it with a ram’s horn… and sow it all over with one pepper corn.
Tell him to reap it with a sickle of leather… and tie it all up with a peacock’s feather.

In my book it says:
“Then Medeia, the witch maiden, told Jason what he would have to do, to win the fleece. First he would have to tame two fierce bulls with brass feet and fire for breath, and make them plough a field. Then he would have to sow serpents' teeth in the field. Out of each tooth would spring up an armed man, and he would have to fight with all these armed men....”
In the famous Ray Harryhausen film the armed men became skeletons as in the picture above.


The story of Jason and the Argonauts goes back to when? Many millennia… if it is based on true events it must have happened before 1000BCE.

On a much more everyday level there are many things which have survived for thousands of years and which we don’t question: I live in Belper, a name which comes from the Norman French Beaurepaire, so that name has survived 1000 years.  One of my favourite places to walk is the Chevin, which is large hilly ridge just up the road from Belper. Chevin is a modern spelling of Cefn, a name still found in Wales, which was the old Brittonic name for a wooded ridge. There have been no Britons in Belper to speak that language since Roman times but the name survived and was inherited by the Anglo-Saxons, the Vikings, the Normans and now us. Our local river, which runs past the foot of the Chevin, is the Derwent. There are several River Derwents in England [as well as Derwentwater in the Lake District] and it is thought that it might be a word for a river, or just for water, which pre-dates any known language. So many millennia old…

Next time I’m asked “How old are the stories you tell?” - a question I’ve been asked quite often, I’ll now be able to say, with scientific evidence to back me up, that some are 6000 years old or more! Very satisfying.

And what was the oldest story which Tehrani was able to find? So far it is one we could call  The Smith and the Devil. In it a blacksmith, or more accurately a worker in metals, sells his soul to the Devil or some other supernatural being in order to gain supernatural abilities, particularly the ability to weld things together inseparably. Once he has mastered the power the smith welds the evil one to a rock or mountain so that he never has to keep his part of the bargain.
This is an idea which is obviously always relevant and updateable. It’s not that different to Prometheus stealing fire from the gods, Paganini  selling his soul for his fiddling ability or Robert Johnson’s bargain to become the best ever blues guitarist. Tehranni estimates the tale to go back 6,000 years into the Bronze Age when it would have been very relevant.

Richard Martin, who was one of the people who sent material my way for this article, has a video of himself telling a version of this ancient story. It surprised me because it’s one I do and know as Jack o’Lantern or Jack the Bad Tempered Blacksmith. I can’t remember where I learned the story but it is so close to Richard’s (although it has grown a bit longer and more detailed) that I wonder whether it was from Richard—or did he get it from me? The storytelling world id very small!

And please have a look at the previous postings below and if you have any comments please post them. I'd welcome your (constructive) comments and would be very pleased if you did sign up to 'follow' me!