I’m a folk singer, storyteller and writer and most of my songs and stories are traditional. There are quite a few trad tales about people who get into trouble by doing what they are told! Often they take what is said too literally or misunderstand. That is basically what this is all about. 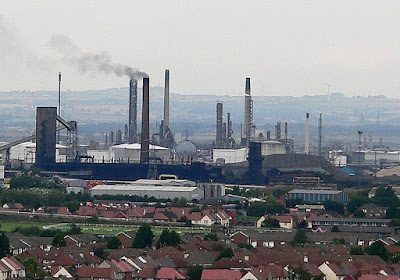 We have been told by all kinds of well-informed sources that we are killing the world and we haven’t got long to do something about it. A lot of ordinary people have taken that on board and are changing their habits but ordinary individuals are not going to make a huge difference. What we can do is minor compared with what industry and government can do. Somehow we’ve got to influence them and force them to take notice.
Industry seem stuck in the one-way-street of producing more and more every year; ’growth’ is the magic word; whether we need it or not and, at the moment, all the major governments in the world seem to be concentrating on stupid things like picking arguments with their neighbours, imposing more and more sanctions on regimes they don’t like and, in the case of the UK, committing economic suicide by cutting all our links with our major trading partners for no good reason!

All this stimulated me to take stock of my green credentials.
I’ve always aimed to make the green choices but haven’t always succeeded. Sometimes it’s just not practical or not easy.

I’ve often joked that all my songs and stories are recycled—they’re almost all traditional! So they are very green! Seriously, I’ve never used much in the way of resources apart from travelling to and from gigs. I’ve worked professionally for about 40 years so I reckon I must have racked up about half-million miles in that time, usually by car because that has often been the only way of travelling, particularly if you want to go home again the same night and to carry equipment and/or books and CDs.
Throughout that time people kept telling me I should get a diesel car because it would be cheaper. I resisted until 6 years ago because then even the government were saying the same thing. To entice me they made diesel fuel a lot cheaper than petrol and they reduced the road tax to almost nil. So I bought a Skoda diesel.
No sooner had I done so then the findings about rigged tests and pollution came to light. I now feel guilty every time I go anywhere! I offset that in my mind though, by saying that it would be even more wasteful and polluting to scrap a perfectly good car and buy a new one than to drive this one into the ground, and I’m only doing a quarter of the 15/20,000 miles per year I used to do anyway.
So that’s the biggest black mark against me.
I can balance it by saying that I have only flown twice in my life—once to Geneva for a holiday and once to USA for work. Other trips to Europe have been by car (bad!) or coach (good!).

HEATING: is another thing where I made the wrong choice quite recently because the rules changed! When we moved house a couple of years ago it was a shock when, just before Christmas, they condemned our gas boiler!  The only reason we weren’t without heat over the holiday period was because we agreed to having a new one fitted asap. Since then the thinking and advice has changed: we should  phase out gas and start using green electricity. If it had happened 6 months later we would have explored that… next time, if there is one!

RECYCLING: is something I’ve always been very conscientious about but it’s not easy. I think paper/card, tins, and glass are quite efficiently dealt with and probably in this country but I wonder whether we are we wasting our time sending plastic to be recycled when a lot of it finishes up forming a mountain of toxic waste or being burned in the open air in some 3rd world country. It is wilful ignorance by the powers that be in this country to think that if we haven’t got the technology and infrastructure to deal with it a poor, far eastern country has. 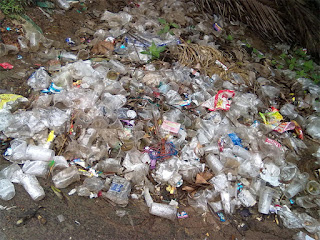 PLASTIC: continued. It suddenly struck me that when I was a boy plastic hardly existed! We had a bakelite radio and later there were vinyl records... for packaging we used paper or glass and it was all fine. The classic example is the 6d of chips wrapped in yesterday’s newspaper or the little glass bottle of milk at school! I can’t remember how things like disinfectant or bleach were packaged? Did we even have them?
I am trying to avoid plastic now but it is not easy. Very often there is no alternative. If you want it it is in a plastic container! The producers have got to change that. And soon.
Above I mentioned CDs. The market has very much dropped out of CD sales recently so I don’t suppose I will make another one but, over the years I have made about 20, some of which were major projects and others just limited edition efforts which were never intended to sell in their millions! I would have loved to use cardboard packaging rather than those horrible, breakable, polluting plastic ones but the price was prohibitive—why? I’m sure plastic must be more expensive than card? I suppose it’s just down to numbers.

If we don’t mend our ways and soon then the end of the world is nigh!

Actually, it isn’t. The world will carry on quite happily for billions of years yet… but very differently.

The continents will look different because sea-levels and coastlines will change.
Climate will change so deserts and forests will move…
flora and fauna will change. They’ll either become extinct or they will be found in different areas.

I doubt if homo sapiens will become extinct but Western Civilisation will probably  disappear.

We’ll revert to small tribes of hunter-gatherers living in the few inhabitable parts of the world.

Perhaps, in a few thousand years time a new civilisation might develop.

I hope they make a better job of it than we have!